Allied raiding in the Desert 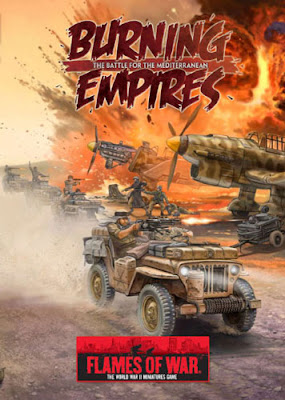 As well as conducting patrolling missions, the Eighth Army carried out a number of local attacks designed to test Axis resolve and to provide better jumping-off points for the main battle. In the north of the line, an Australian raid (Operation Bulimba) was a partial success, but a larger action conducted by a brigade of the 44th Infantry Division (Operation Braganza) was a bitter failure, causing heavy casualties for no gain. If nothing else, these raids confirmed to the British that the Axis forces were far from beaten and remained a profound danger.

Further to the south were the 'private armies', units of special forces who operated on the flanks of the main force. A British officer who helped organise these units called the desert a 'small raider's paradise', for it was in North Africa that most of these troops encouraged by Wavell and Auchinleck - came into being. Their basic philosophy was centred around the idea that well-trained and highly motivated men could carry out onerous and often dangerous missions impossible for conventional forces. The private armies reflected the British enthusiasm for the Boy's Own school of warfare, where derring-do by a resolute officer and his faithful men would win the day against vastly superior odds.

The first of these organisations to see the light of day - and probably the most effective- was the Long Range Desert Group (LRDG). The brainchild of a British officer, Major Ralph Bagnold, who had explored the Western Desert extensively before the war, the LRDG was set up to perform deep reconnaissance missions far behind enemy lines. Bagnold was given permission by Wavell to do as he wished, and he recruited a volunteer force of New Zealanders, who were then at a loose end after having lost their arms and equipment through shipping losses. Later the New Zealanders were joined by Rhodesians, and then troops from the Guards and subsequently yeomanry regiments.

Driving modified Chevrolet and Ford trucks, the LRDG operated from a string of oases deep in the desert, sending out patrols throughout Libya to as far west as the border with Tunisia. Missions could last weeks at a time, and the men not only had to learn the special techniques of desert survival, such as navigating by sun compass, they had to be highly resourceful to survive in these harsh conditions. Self-discipline replaced the spit and polish of conventional army discipline, and each soldier was expected to be able to look after himself.

The professionalism of the LRDG compared favourably with many other private armies, which, in the main, were organized and led by inspired amateurs. The commandos in the Middle East were formed from 8 and 11 Commando, known as Layforce after their commander, Colonel Robert Laycock. Layforce experienced mixed fortunes. Their prime function was to conduct amphibious raids along the North African coast, attacking enemy installations. The commandos achieved some success with relatively modest ventures, where resources were carefully matched to a specific task. The larger, open-ended raids were generally less successful, and disasters were not uncommon. The expedition mounted in November 1941 to attack Rommel's headquarters was one such operation. The leader of the raid, Lieutenant Colonel Geoffrey Keyes, was killed (receiving a posthumous VC) and many of his troops were captured. Faulty intelligence and desperately over-optimistic planning had doomed the attempt from the outset.

While recovering from injuries from a commando raid, one young officer, David Stirling, decided there was a place for small raiding teams to be dropped by parachute behind enemy lines. Supported by Generals Ritchie and Auchinleck, Stirling was given the go-ahead, and in mid-1941 he began recruiting volunteers from the remains of Layforce. Stirling and his 65 recruits gave themselves the title L Detachment Special Air Service (SAS) Brigade, intended to deceive German intelligence that an airborne brigade was being formed in the Middle East.

The first mission undertaken by the SAS was a parachute attack against two Axis airfields (16 November 1941), but the men were dispersed by high winds and the whole affair was a fiasco, the detachment losing 70 per cent of its strength. The survivors were picked up by the LRDG. Stirling saw the effectiveness of the LRDG and immediately abandoned the parachute concept in favour of overland operations in heavily armed jeeps, guided to their targets by the LRDG.

Specialising in attacks against enemy airfields, the SAS achieved some excellent results. On one occasion the SAS second-incommand, Paddy Mayne, led a raid which destroyed 40 Italian aircraft. Stirling was allowed to expand his force, which attracted a stream of volunteers, incorporating such diverse elements as French paratroops, the Greek Sacred Squadron, the Special Boat Squadron, and the Special Interrogation Group (which comprised native-speaking Germans opposed to Nazism).

Desert patrols
Captain Pleydell, an SAS medical officer, found membership of this unusual organisation an interesting change from more conventional duties:
Although life was free and easy in the mess) discipline was required for exercises and operations. On the operation in which I was involved) our patrol would make long detours south of the battle line and then loop up north to within striking distance of an airfield or similar target. Camouflage had to be expert) so that when you hid up you couldn’t be detected ~ even at close distance. Slow-flying enemy aircraft could follow our tracks to our hiding places and they represented a real threat. It was a hit-and-run) hide-and-seek type of war.

Working alongside the more organised of the private armies were individuals engaged in undercover work in Libya. One of the more colourful of these people was Vladimir Peniakoff, a man of Russo-Belgian descent who, after service in the French army during World War I, ended up as an engineer working in Egypt. On the outbreak of World War 11 he managed to secure a commission in the British army, and undertook special operations behind enemy lines. Initially, Peniakoff - nicknamed Popski by the British - worked with Libyan Arabs hostile to the Axis, but with help from the LRDG he expanded his organization - which became 'Popski's private army' - and instigated sabotage raids on Axis positions. One of the most successful raids involved the destruction of 100,000 gallons of petrol, the commodity the German panzer divisions so desperately needed.

Montgomery's disdain
Unlike his predecessors, Montgomery did not have a very high opinion of the groups of special forces roaming the desert. In particular, he was not keen on having his best men and NCOs poached by the SAS. John Hackett - after being wounded at Gazala - was appointed to act as a liaison officer between high command and the various private armies. He found their leaders, 'a very varied list of prima donnas. My job was to try and make special operations comprehensible and palatable to senior officers, which took a lot of doing because they were not an easy lot to keep under full control.'

In one attempt to secure volunteers, Hackett and David Stirling met with Montgomery just prior to the battle at Alamein. Montgomery was not impressed with Stirling's entreaties and, according to Hackett, Montgomery replied: 'What makes you think, Stirling, that these men will fight better under your command than undermine. And, anyway, they won't be ready for the battle [Alamein].' I couldn't resist saying, 'Well, they may not be trained in time for the next battle, but they will be trained for the one after that and the battles to follow.'

This was too much for Monty. He hammered the map at Alamein and said, 'There will be no other battle in Africa. This is going to be the last battle. My mandate is to destroy Rommel, and I propose to destroy him,' he said tapping the Alamein position, 'just here.' David, who was never well known for his obsequiousness, said: 'Oh yes, General, but the last general told us something like that, and the one before him too.'

Not surprisingly, Stirling did not receive his recruits. This anecdotal exchange typified the deep difference between the freewheeling special forces soldier and the professional general. Although the private armies did do good work on the flanks, Montgomery knew that only by defeating the Axis in a major battle could the desert war be won. And as he explained to Hackett and Stirling, the battle would be won or lost at Alamein.
Posted by Mitch Williamson at 2:08 PM