Colours of the Crusader 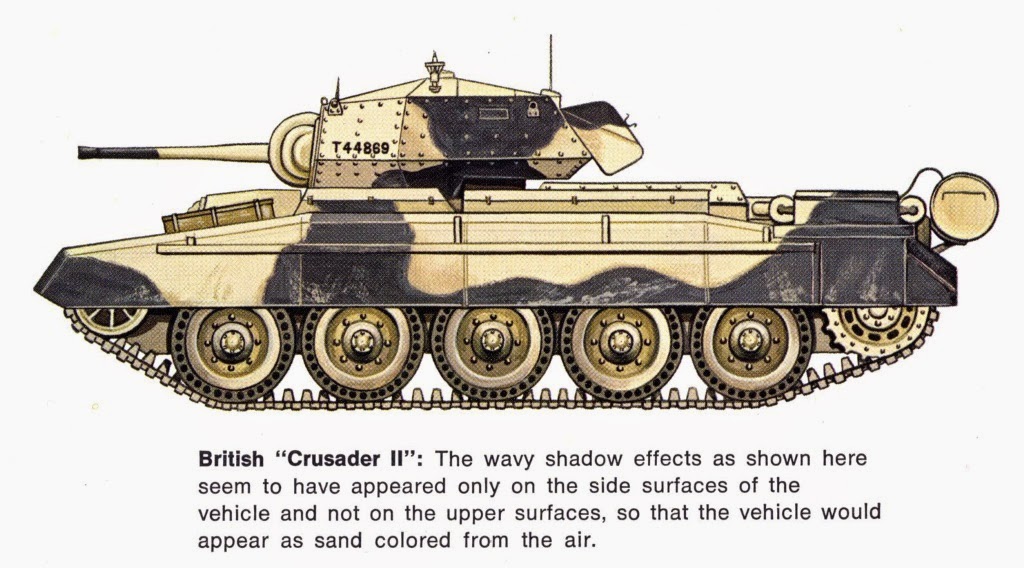 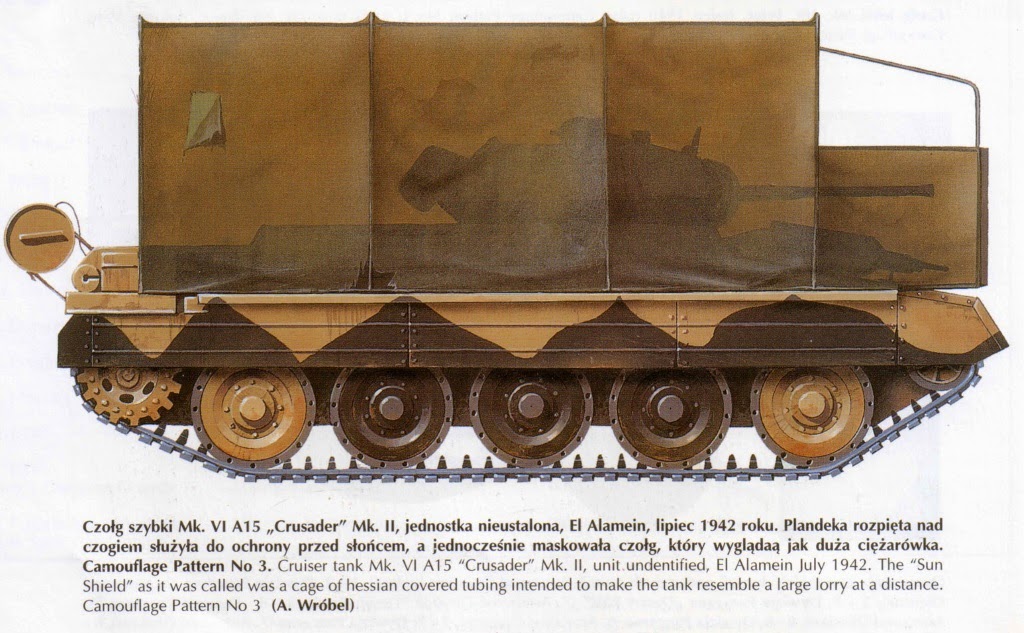 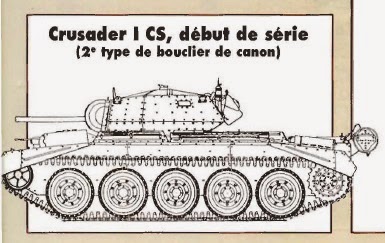 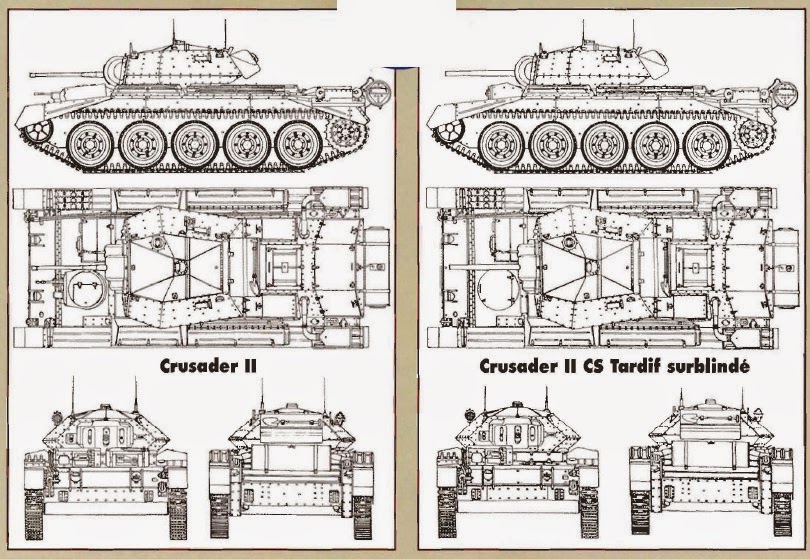 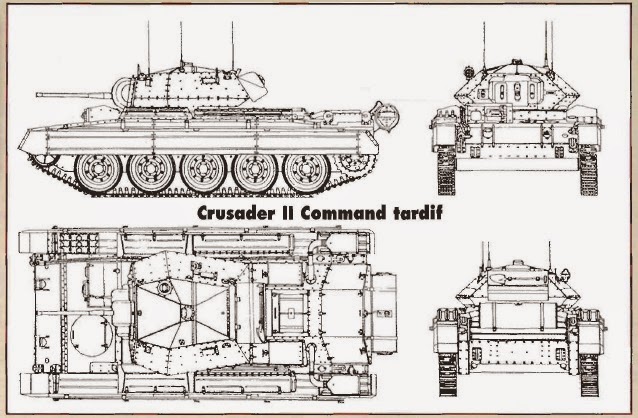 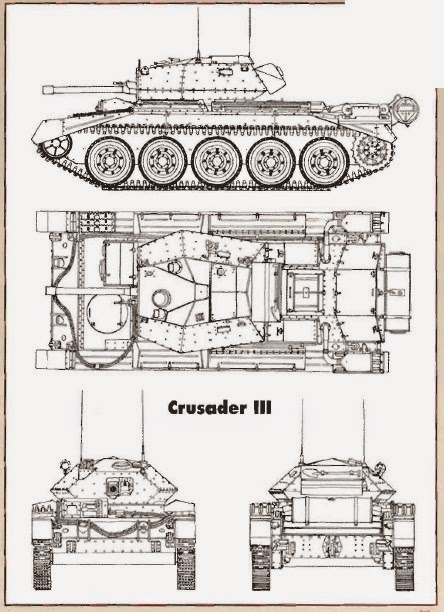 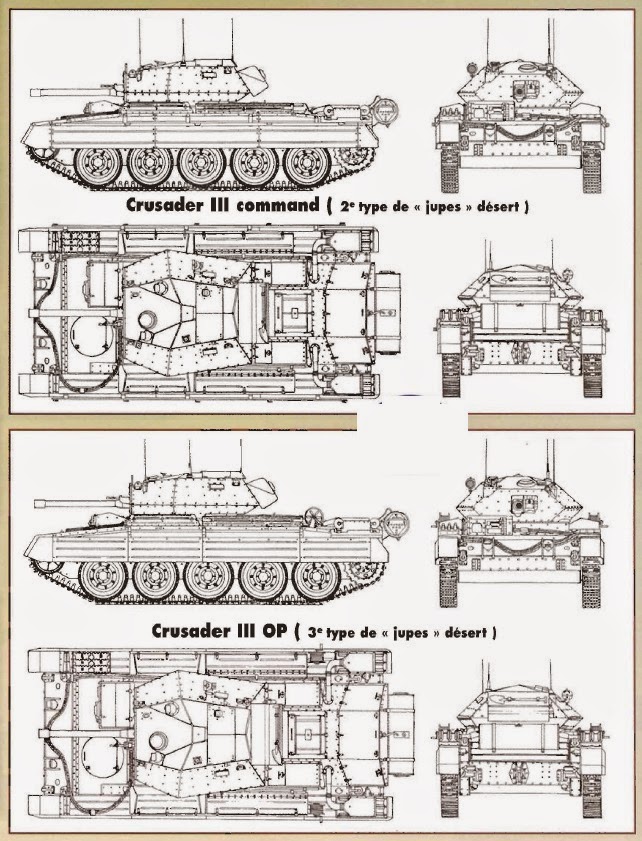 Though most of the initial defects were overcome to an extent, the Crusader, as it was named in. late 1940, always suffered from unreliability and the speed and urgency with which it was rushed into production did not allow long development trials, particularly for desert operations, where the Crusader became the principal British tank from Spring 1941 onwards. It first saw action near Capuzzo in June 1941, was prominent in all the major North African desert actions which followed, and was still in service, in its later 6pdr-armed form at the time of the Battle of Alamein in October 1942, though by then in the process of being displaced by American-built M3 and M4 mediums (qv). The last Crusaders in North Africa were finally withdrawn from first line use in May 1943, but the type was used for training until the end of the war. From mid-1942 onwards Crusaders were converted for numerous special purpose roles, including AA tanks, gun tractors, and ARVs.

The Crusader was designed just too late to incorporate any of the lessons learned in the early tank actions in France in 1940, but several modifications resulted from trials with the prototype. These included removal of the front auxiliary machine gun turret, mainly because it was too poorly ventilated and of limited value, which also simplified production. This turret was also removed retrospectively from many Mk I vehicles in service, and the space allowed extra ammunition stowage. It was also possible to increase the armour thickness slightly on hull and turret front. Finally, the Mk III version was up-gunned with a 6pdr replacing the 2pdr. The Germans respected the Crusader for its speed, but it was no match for the PzKw III with 50mm gun, its main desert opponent, in hitting power, armour thickness, or serviceability. The German 55mm, 75mm and 88mm antitank guns also had no trouble in picking off Crusaders in the desert fighting.
Posted by Mitch Williamson at 8:25 PM