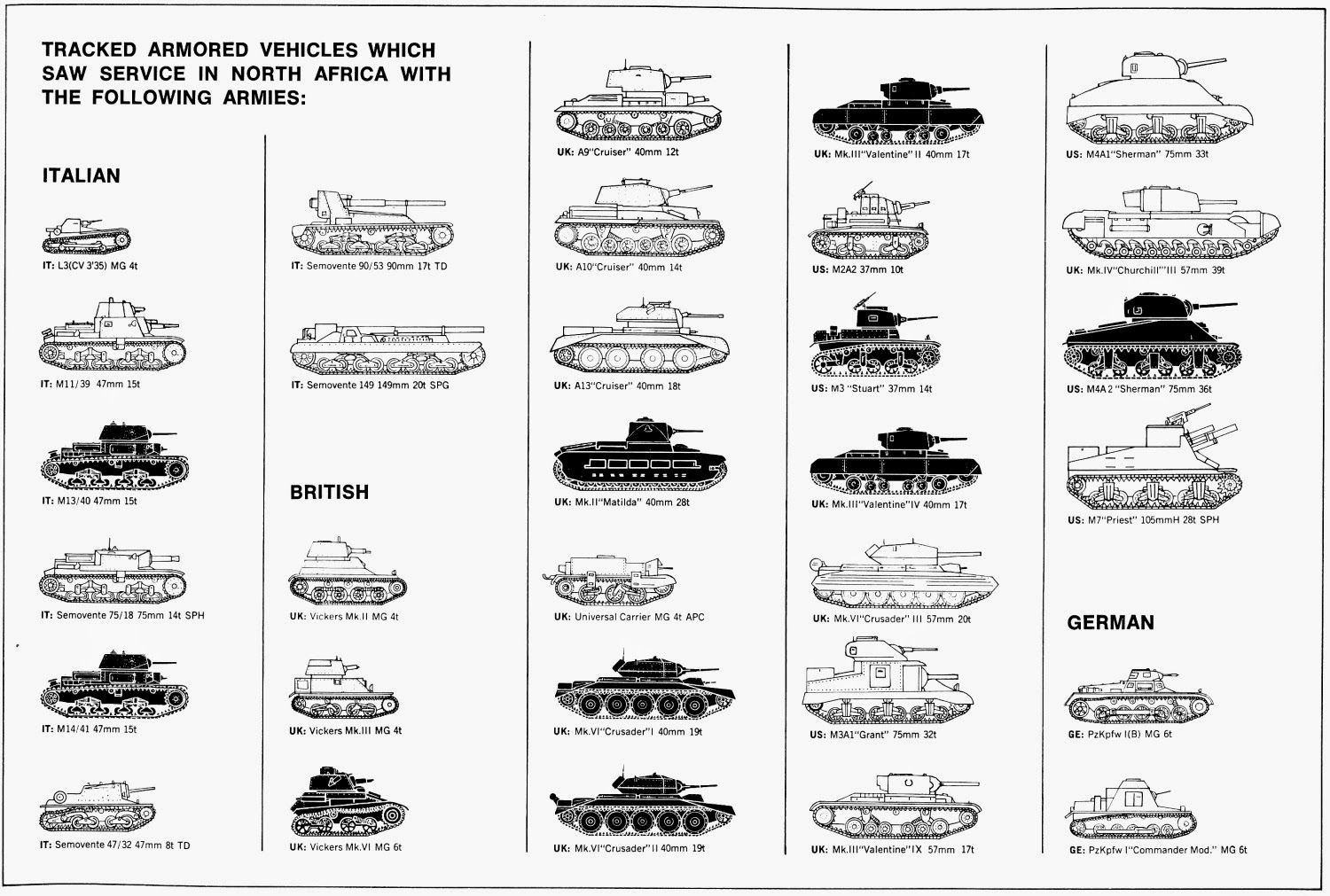 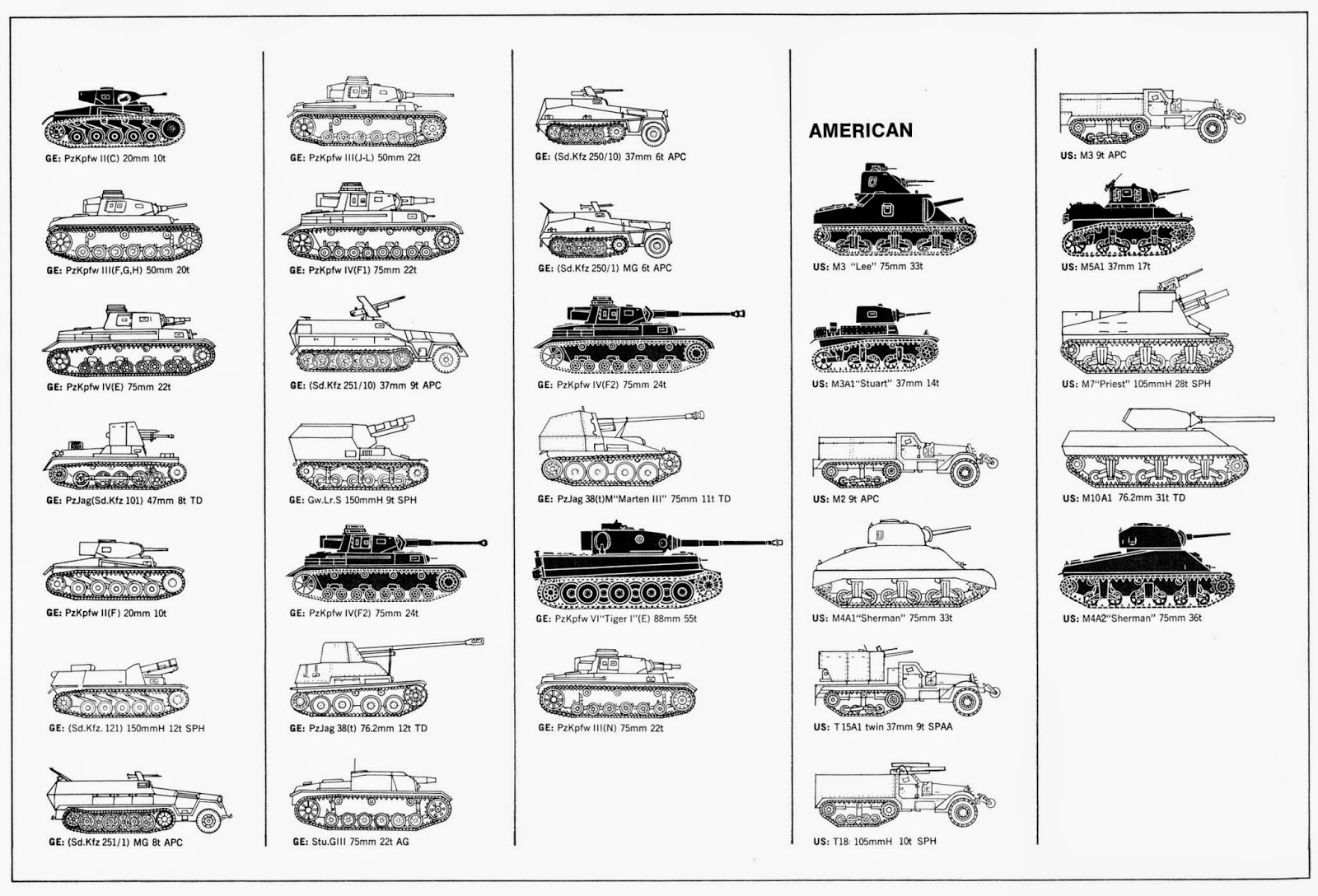 One of the myths of World War II is that the Germans enjoyed superiority in numbers as well as quality of tanks. This is simply untrue. What the Germans possessed was a better mix of vehicles for the circumstances, a superior tactical doctrine for their employment, and more effective leadership. In the end better Allied equipment and, above all, superior numbers simply overwhelmed the German forces.

The Italians had a well-developed armor doctrine that closely paralleled the Germans' blitzkrieg. They planned to utilize medium tanks to punch holes in enemy lines while light tanks served as the exploiting arm. Early on, especially in the fighting in North Africa, the Italians lacked mobile artillery, although their later self-propelled guns, the Semovente, helped make up for this. The Italian artillery doctrine of fuoco da manovra (fire and maneuver) called for artillery and antitank guns to be located close to the front line supported by infantry.

The chief deficiency in Italian armored doctrine was the lack of tactical air support, the consequence of Italy's embrace of Guilio Douhet's doctrine of strategic bombing. Other handicaps included a lack of radio equipment in the tanks. As with the French, Italian tank crews communicated in battle primarily with flags. Italian forces were also not as well trained as the Germans. As two scholars have summed up, "Italy had developed the concepts but lacked the materiel to implement them."

The Allies understood the important role tanks could play in stiffening the resolve of infantry. They also introduced some numbers, albeit insufficient, of assault guns and self-propelled antitank guns working with the infantry. Such weapons came to play a key role in armored warfare, as did development of larger high-velocity guns to defeat improved armor protection.

Following its 3 September 1939 declaration of war against Germany, Britain deployed only a single tank brigade to France with the BEF. In the experience of the defeat of France and the subsequent Italian invasion of Egypt, British leaders at last realized the necessity of building a large armored force. Prime Minister Winston Churchill called for the creation of 10 armored divisions by the end of 1941, and the government launched a crash program to build the tanks required to equip them. Much might have been saved had this decision been taken earlier.

The Allies' problem was that they did not fully understand or appreciate the use of combined arms, especially the concept of tanks and antitank guns working in concert. It took the 1940 Battle for France and serious reversals in the North African desert for the British to understand this. British armor doctrine provided that infantry tanks, armed basically with machine guns, would operate in support of infantry that would punch a hole through enemy lines. Cruiser tanks would then push through the gap, operating independently of infantry and other arms in a cavalry-type role. For example, in Operation CRUSADER in North Africa during November 1941, the British 7th Armored Division operated essentially alone, without infantry or supporting artillery. In the early fighting in North Africa the British incorrectly assumed that the Germans used tanks to destroy other tanks, whereas German armored doctrine assigned that task to antitank guns while the tanks were to destroy infantry.

In the Middle East Command, during the autumn of 1941, there arose the tactical heresy which propounded that armour alone counted in the Desert battle, therefore British armour should discover and destroy the enemy's equivalent armour, after which decision the unarmoured infantry divisions would enter the arena to clear up what remained and hold the ground gained.

Only through the crucible of experience did the British Eighth Army learn how to conduct mobile warfare effectively. In North Africa, both sides learned to keep their tanks waiting in cover, rarely firing on the move. The commander of Germany's Afrika Korps, General Erwin Rommel, employed his antitank guns and field artillery in an offensive role, pushing them as far to the front as possible, where they could be employed against British tanks and strongpoints. When on the move, the Germans dispersed their antitank guns among the length of the march column so they could be quickly deployed.

During the attack Germans invariably opened up first with artillery and antitank guns. The tanks would then advance as quickly as possible until within range of enemy positions. The leading tanks were accompanied by 105mm howitzers and field guns operating in a direct support role as highly trained infantry worked in close concert to reduce enemy antitank defenses. If Commonwealth forces counterattacked with tanks, the German antitank guns, infantry, and artillery were in position to work in concert to destroy them. These tactics were amply demonstrated during British reversals at the hands of Axis forces in North Africa in 1941-1942.

Although the Germans perfected this system, they could not overcome the Allies' overwhelming superiority in numbers of tanks at the start of the Battle of El Alamein in late October 1942. Also, the British generals, who initially failed to comprehend the concept of mobile mechanized warfare, corrected their earlier tactics with new equipment. Not until after Alam Halfa did the British have widely available in Eighth Army the new 6-pounder antitank gun, a weapon that could stop the German panzers. Major General William H. Gott, commander of 7th Armoured Division in Eighth Army, was largely responsible for the belated British policy of breaking down the traditional, rigid British organizations into combined all-arms groups, a process that became standard in the British Army. General Bernard L. Montgomery summed up the importance of combined arms in tank warfare with these words: "I cannot emphasize too strongly that victory in battle depends not on armoured action alone, but on the intimate cooperation of all arms; the tank by itself can achieve little." The Americans would have to learn the same lesson for themselves in 1943.
Posted by Mitch Williamson at 8:36 PM