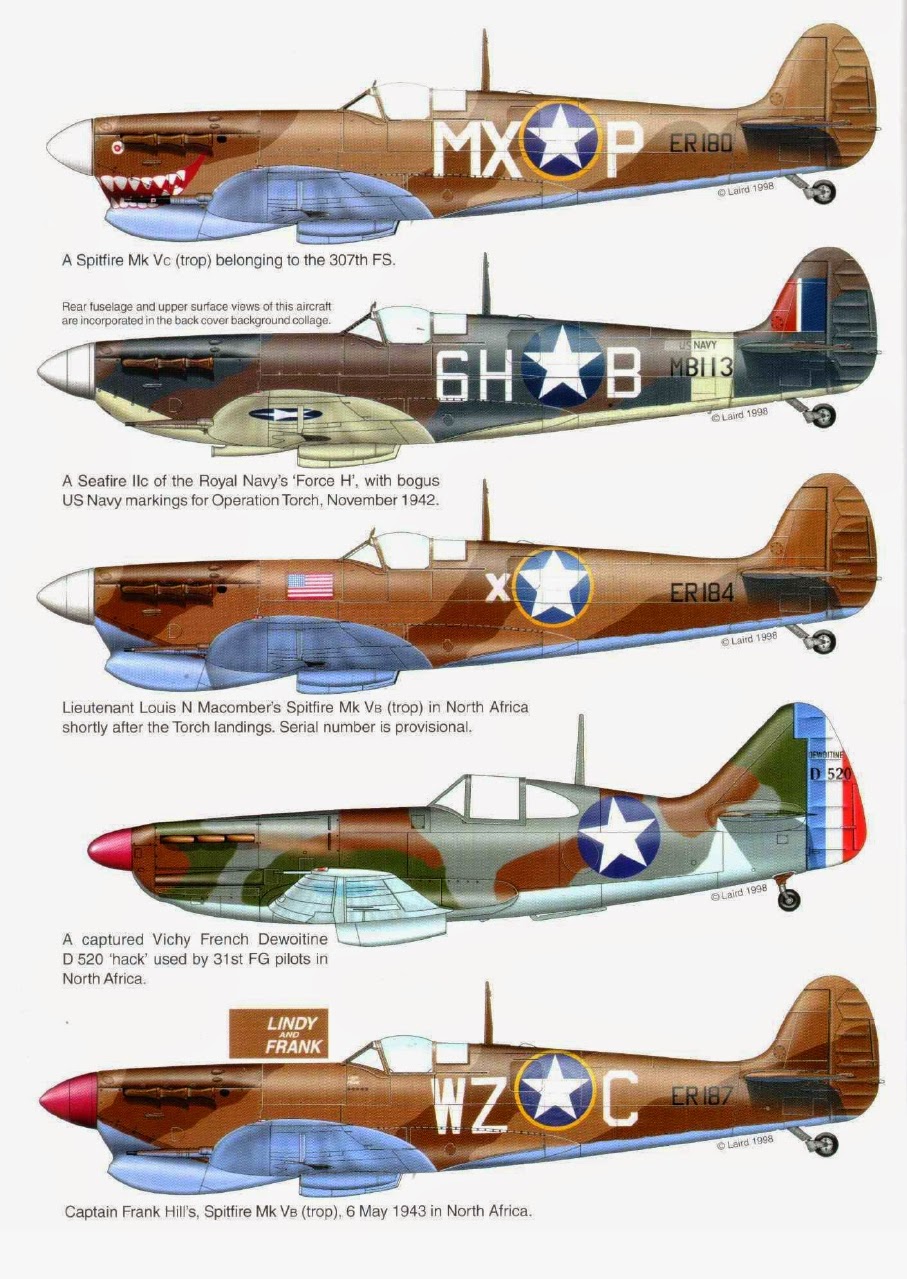 During the summer of 1942, the 307th and 308th Fighter Squadrons of the 31st Fighter Group went to Biggin Hill and Kenley respectively for temporary attachment to RAF fighter wings where they could receive an introduction to combat. The 309th FS went to Westhampnett, and by August 5, all three units were operational.

Their baptism of fire came on August 19, when they flew air support for the Dieppe Raid, losing eight Spitfires and seven damaged, with one pilot killed and another made prisoner; two Fw-190s were claimed destroyed, with three probables and two damaged. With this, the 31st was considered blooded, and was reunited as a group at Westhampnett, while the 2nd and 4th Fighter Squadrons of the 52nd Fighter Group took their places at Biggin Hill and Kenley.

Before either group could have more effect, they were transferred to the XII Air Force that September, as the North African invasion loomed; by late September, both units had left England to enter combat in the Mediterranean.

During the opening day of Operation Torch, Major Harrison Thyng, CO of the 308th FS, shot down two Vichy D.520s to open the unit’s score in the Mediterranean Theatre. In December and January, the 52nd Fighter Group entered combat in defence of the port of Bone. On January 13, 1943, 1st Lt. Norman Bolle shot down 114-victory experte Leutnant Wilhelm Crinius of II/JG-2.

On February 4th, their luck was reversed when 12 Spitfires of the 4th FS escorting ground-strafing P-39s were hit by Kurt Buhligen and Erich Rudorffer of II/JG2, the two experten taking down 3 of the Spitfires for no losses. Throughout this period the Americans found themselves frequently outclassed by the experten of JG2 and JG77, sent to counter the North African invasion.

During April 1943, Captains Norman MacDonald and Arthur Vinson of the 52nd FG became the first USAAF Spitfire aces, though Vinson was lost immediately after shooting down his 7th victim.

By the time of the Axis surrender in Africa on May 13, the 52nd FG claimed 86 victories and had added a third ace – Lt. Sylvan Field – while the 31st FG claimed 61, and two aces, Lt Col. Thyng and Major Frank Hill.  Hill would become the top US Spitfire ace of the war with 7 victories.
Posted by Mitch Williamson at 2:23 PM