Tanks and the Eighth Army 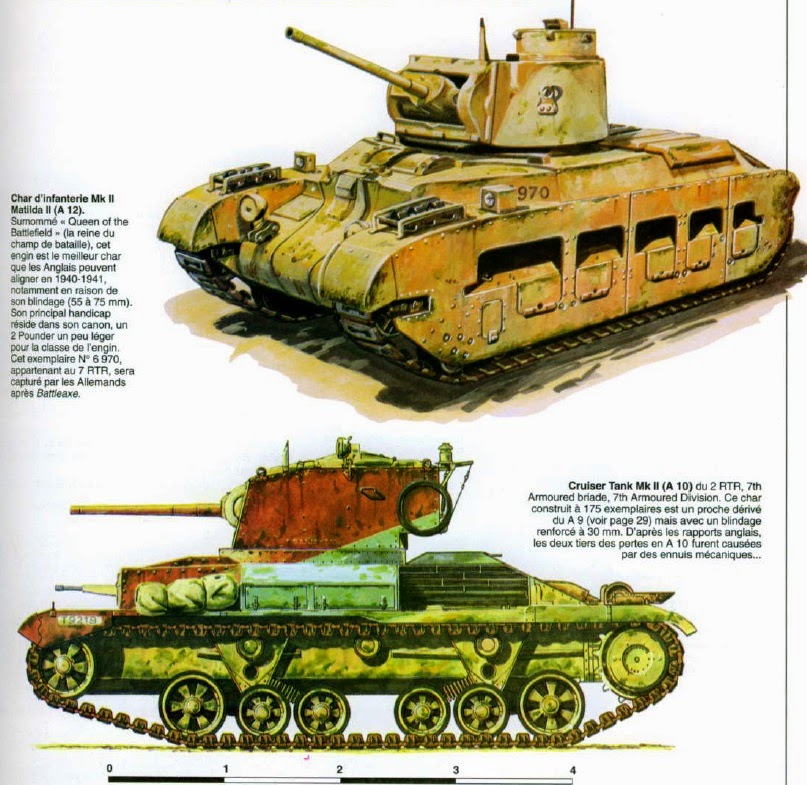 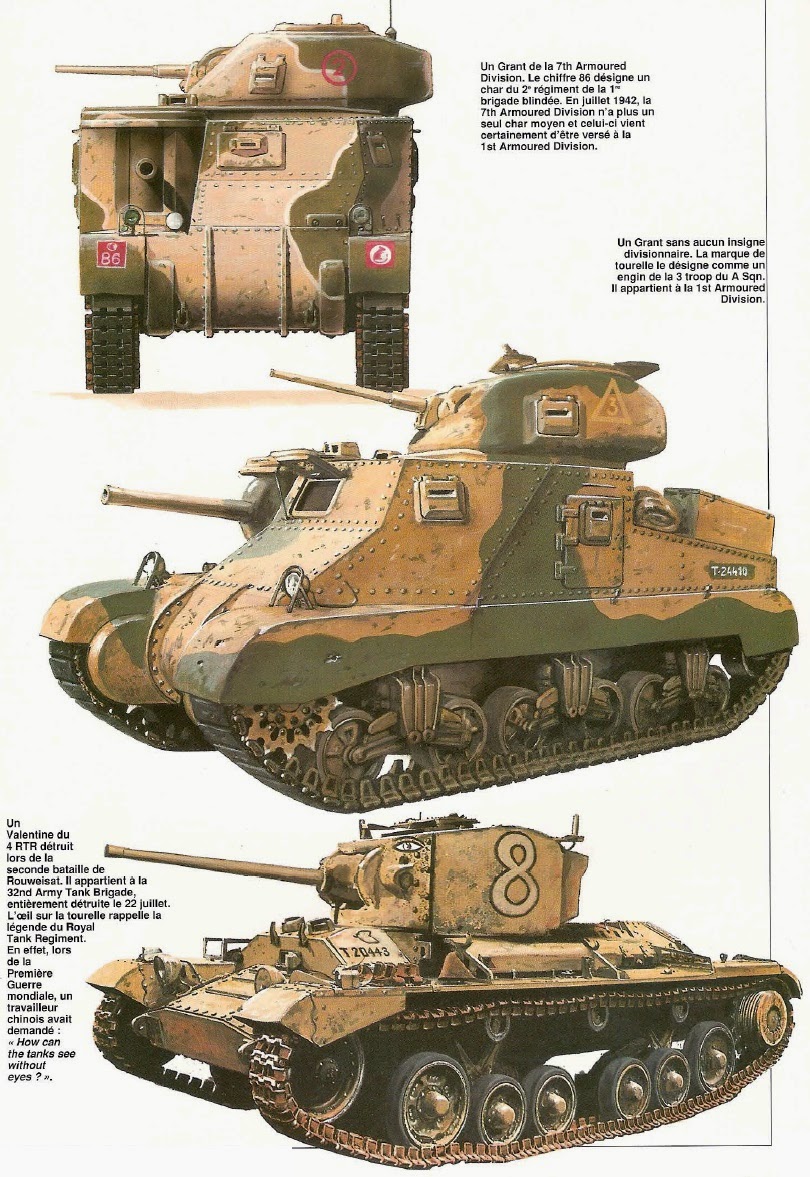 By nearly every standard the British army was much better equipped than the German army from the beginning to the end of the war. Even more surprising given the relentless impressions to the contrary is the fact that the British army had more tanks per soldier than the German army and the US forces in Europe. There was even a period when the much smaller British army had an absolutely greater number of tanks. In the latter part of the war, most of the tanks used by British forces came from the USA, but Britain’s own tanks, and adaptations of the standard US tank, were probably superior to US tanks. Some of these British tanks had the edge on German tanks too. Even if the Germans did achieve a certain qualitative superiority in some respects, they never achieved both qualitative and quantitative superiority.

Richard Stokes was a relentless critic of the quality of British tanks. Oliver Lyttelton recalled that the chief parliamentary troubles of the Ministry of Production concerned tanks, and that Dick Stokes was his principal opponent. As Stokes put it in a debate on production in July 1942:

Stokes was a supporter of 80-ton tanks designed from 1939 by a committee headed by the Great War tank design veterans. The actual design was by Sir William Tritton and his firm William Foster of Lincoln, the man and firm who had designed the first British tank of the previous war. The group were labelled ‘The Old Gang’ and the prototypes therefore labelled TOG 1 and TOG 2. In response Lyttelton accused Stokes of supporting a tank that the army did not want, which was too slow and unreliable. Stokes continued to attack on the issue of tanks right through the war. Such was the continuing pressure that the government conceded a Secret Session debate on the subject in March 1944, and after the war a parliamentary report was produced. These attacks were very influential in creating the general perception, which endures to this day, that there was a serious problem with British tanks.

Although it was widely believed from 1941–2 that British tanks in North Africa were inferior to German in quantity and quality, this view was shown to be incorrect by an official history published in the 1950s, by Sir Basil Liddell Hart’s history of the Royal Tank Regiment published in 1959, and in his later work. Throughout the North African campaign between 1940 and early 1943, British forces had a two- to threefold tank advantage in medium and heavy tanks over the German forces, a figure which would be reduced somewhat by including Italian tanks, but was still overwhelming. For the November 1941 offensive (Operation Crusader) British and imperial forces in North Africa had over 300 cruisers (mostly Crusaders) and 200 infantry tanks (Matildas and Valentines), together with large numbers of light tanks, and large reserves of all types. By contrast the Germans had fewer than 174 of the comparable Panzer IIIs and IVs, and the Italians 146 13/40s, with no reserves. Operation Crusader was a success.

Yet by early 1942 the Germans and Italians had counterattacked and were deep into Egypt. Their tank forces were still comparatively weak: at the end of August 1942 the Germans had only 166 Panzer IIIs and 37 Panzer IVs. On the eve of the Second Battle of El Alamein, which started the definitive rout of the Germans and Italians, they had 172 Panzer IIIs and 38 Panzer IVs fit for battle, as well as 278 Italian tanks. This compared with over 900 fit medium tanks with British forces, of which 488 were of British manufacture.

What the qualitative difference was between the tanks is very difficult indeed to establish, but the picture presented by critics in Parliament in 1942 in particular, and echoed ever since, is deeply flawed. That all British tanks in the Middle East had the 40mm 2-pounder gun until late 1942 is broadly correct, but the idea that many German tanks carried a much more powerful 75mm gun from around 1940 is misleading. The Panzer IV did have a 75mm gun, but it was a low-velocity gun firing high explosive. This turned out to be a very useful feature for a tank gun, which the British and Americans adopted by using a dual-purpose 75mm gun (as mounted in the Sherman and later in other tanks). But in regard to tank-mounted anti-tank guns the Panzers were no better equipped than British tanks. In North Africa up to May 1942 Panzer IIIs, which in contrast to the Panzer IVs did have anti-tank guns, had 50mm (short) anti-tank guns, which were no better than the 40mm 2-pounder. The other side of the equation was the armour. One study suggests that in 1941 all the main British tanks (Valentines, Matildas, Crusaders) and the US Grant were superior to any available German type in North Africa. Up-armoured Panzer IIIs capable of resisting British tank guns only started arriving in December 1941.

Superior German tanks appeared in North Africa in the spring of 1942, but in small numbers. In May 1942 the new long-barrelled 50mm gun was first deployed on German tanks in Africa; and the long-barrelled 75mm gun in June 1942. In August 1942 there were 73 of the former on Panzer IIIs and 27 of the latter on the IVs. At the Second Battle of El Alamein there were 88 Panzer IIIs with the long 50mm and 30 Panzer IVs with the long 75mm. Improved British tanks were not far behind and arrived in quantity. In June 1942 the first 57mm 6-pounder Crusader arrived, of which 78 were fit in late October 1942. This gun was more effective as an anti-tank weapon than the US 75mm dual-purpose gun and, at least in later versions, as effective as the German long 75mm gun as well and would be used in tanks to the end of the war. The summer of 1942 also saw the arrival of very large numbers of Sherman tanks from the USA, armed with a 75mm long anti-tank/HE gun. Three hundred had been offered to Churchill in June 1942, and were put on seven ships in July, one of which was lost, but the tanks were replaced. By 11 September, 318 had arrived. In other words, if there was a German superiority in tank gun and armour quality it was very small and very short-lived indeed.

The old view espoused by Basil Liddell Hart that the British army was reluctant to embrace the tank has been decisively criticized by historians who now suggest the British army overemphasized the use of the tank, especially independently of infantry. British armoured divisions were, as of 1940, very tank-heavy, and based on the idea of fighting tanks with tanks equipped with anti-tank guns. Between April 1940 and May 1942 British armoured divisions had two armoured brigades, artillery and engineers, and very little infantry. Their medium tank strength was 300, three times that of a contemporary panzer division. From May 1942 until the end of the war one armoured brigade (150-plus medium tanks) was replaced with a whole infantry brigade, and the artillery increased. However, the armoured division was still thought of primarily as a weapon for fighting tank formations, with the infantry there to help the tanks. Only in 1942 and 1943, with experience from North Africa, was the role of the tank downgraded. This led to the recognition of the need to have tanks designed to attack things other than tanks, expressed in the introduction of the Sherman and its dual-purpose gun.

Of particular concern to some was the new heavy tank named after Churchill himself, which also had the 40mm 2-pounder gun. Oliver Lyttelton, in his poorly received speech, developed a defence which depended on the story of a profound weakness in British tank forces: ‘We started the war with no modern tanks, we lost all the armoured equipment which we had in France in June, 1940, although that equipment would by itself have had little value today.’  Lyttelton’s argument was that lots of tanks were needed quickly, and that had meant deciding to produce the Churchill tank with its 2-pounder even though the tank had not yet been made or tested. High levels of production and high quality did not go together.

Churchill, in a brilliant winding-up speech, also made great play of the weakness of British arms in 1940, especially tanks, attacking one of his antagonists in 1942, the Secretary for War responsible for tanks to early 1940, Leslie Hore-Belisha. He also insisted, as he had in earlier speeches, on the massive growth in British arms production since 1940, a point on which he was undoubtedly correct. He noted the huge amount of materiel which went to the Middle East: ‘from this country, from the Empire overseas and to a lesser extent from the United States, more than 950,000 men, 4,500 tanks, 6,000 aircraft, nearly 5,000 pieces of artillery, 50,000 machine guns and over 100,000 mechanical vehicles’. According to Churchill about 2,000 tanks had been sent to the Soviet Union. In his view the losses in the Middle East were not due to failures in production.

The critiques of early and mid-1942 were to cease with the reversal of British fortunes in the Middle East in the autumn. The 8th Army under Montgomery, supplied with huge quantities of equipment, including Sherman tanks and lorries from the USA, overwhelmed the weak German and Italian forces at the Second Battle of El Alamein. The imperial army marched west to meet up with US forces which had landed in Morocco, and the mostly British 1st Army, in Tunisia. In a great and conclusive victory in early 1943 North Africa was cleared with vast numbers of Germans captured, causing losses to Germany comparable to those of Stalingrad at a tiny fraction of the cost in lives. Churchill survived and prospered, never to be under such pressure again. Complaints about the quality of British tanks died away, though Stokes would take up the fight again in 1944.
Posted by Mitch Williamson at 2:57 PM