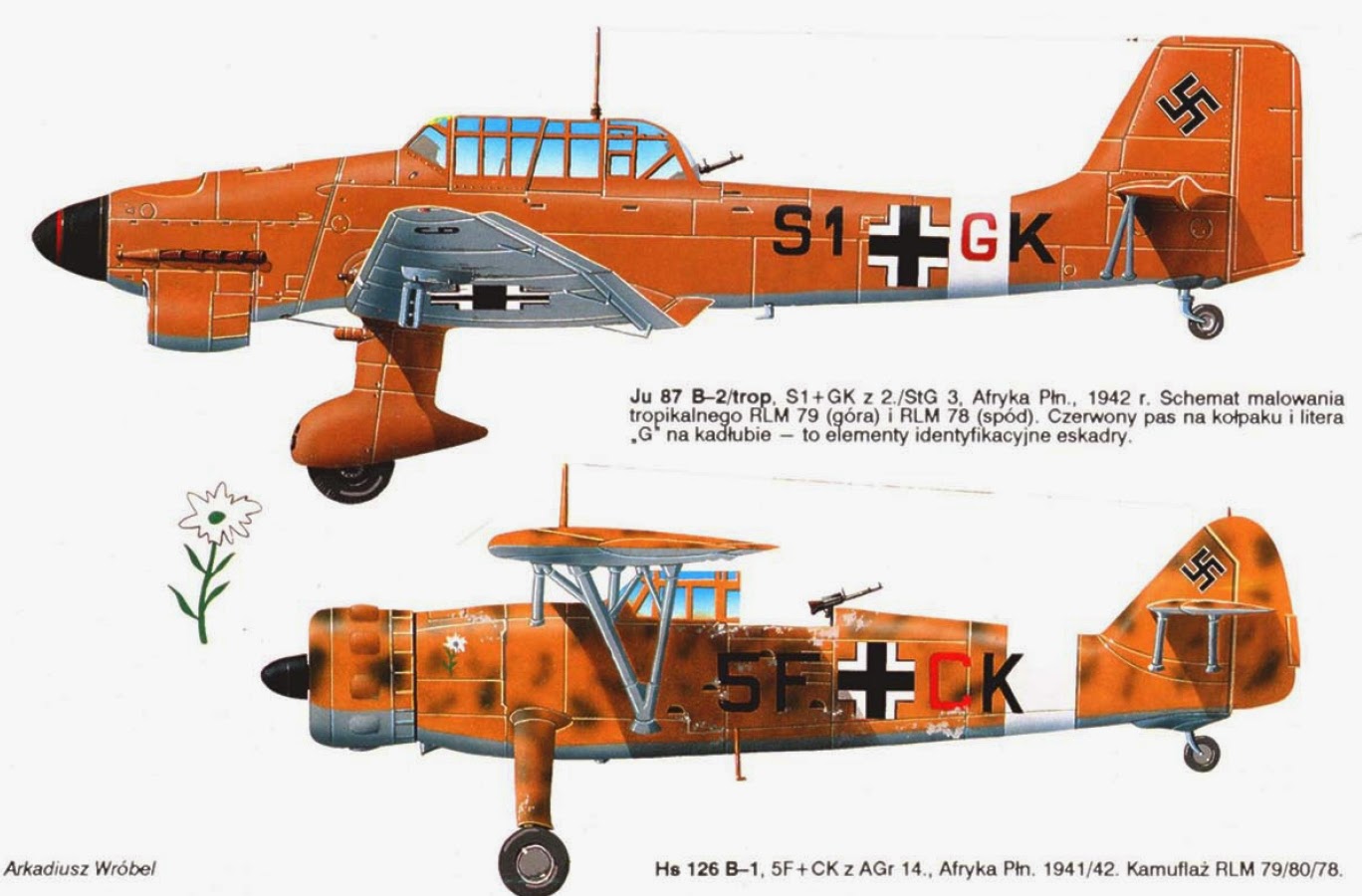 Most of the Western Desert was ideal tank country—flat and with few obstacles. Unless supply dumps or road convoys could be identified, there were few opportunities for the Stukas to strike, and even fewer for the level bombers. Tanks, especially moving tanks, made poor targets, while the dust thrown up by their movement, made worse by the smoke of battle, exacerbated the problem of identification. There was, however, one notable exception—Bir Hacheim.

Occupied by the Free French under General Koenig, this was the southernmost of a line of fortified positions linked by minefields. On 3 June 1942 Walter Sigel's StG 3 commenced the air bombardment. Little damage was done: most bombs buried themselves in the soft sand, which smothered their explosions. British fighters joined the fray, and StG 3 lost fourteen aircraft in seven days. In all, more than 1,000 sorties were flown against Bir Hacheim, but even this was not enough. Two Gruppen of LG 1 were ordered to assist. The next attack failed because smoke and dust obscured visibility, but finally, with Rommel's troops closing in, the fortress fell. The myth of Stuka invincibility had crumbled a little more.

Under desert conditions the Jabo was rather more useful. Spraying an area of desert with cannon and machine-gun fire was potentially far more effective against diffuse targets such as deployed infantry than dropping bombs on them, although bombs were routinely carried. Another advantage was that they could attack at high speed and low level, which improved the chances not only of surprise but also of survivability. Fast, low-flying aircraft were difficult to see from above by fighters, while they presented fleeting targets to anti-aircraft gunners.

In October the two Bf 109 Staffeln and aircraft of a third unit combined in Sicily to form a Schlachtgruppe—I/SG 1, equipped with the FW 190. This latter was a far more robust aircraft than the Bf 109 and better suited to the attack mission. I/SG I went to North Africa in November. Meanwhile III/ZG 1 started to re-equip with the Bf 210. A tricky aircraft to handle, the 210 was not a success and served with only a handful of units.

The only other new type to see service in North Africa was the Henschel Hs 129. Designed exclusively for the close air support mission, this aircraft had a heavily armoured cockpit with a pathetic view 'out of the window'. It was underpowered, not very manoeuvrable, and unreliable. The type served with a modest amount of success on the Eastern Front, but in North Africa it served only with 4 and 8(Panzer)/SG 2 and achieved little, mainly because of unserviceability.

Following the Battle of El Alamein, and Operation 'Torch', the Allied landing in Algeria, the North African campaign inexorably drew to a close. The Luftwaffe strike forces were very heavily outnumbered in the air, and most were withdrawn in spring 1943.

Posted by Mitch Williamson at 2:27 PM