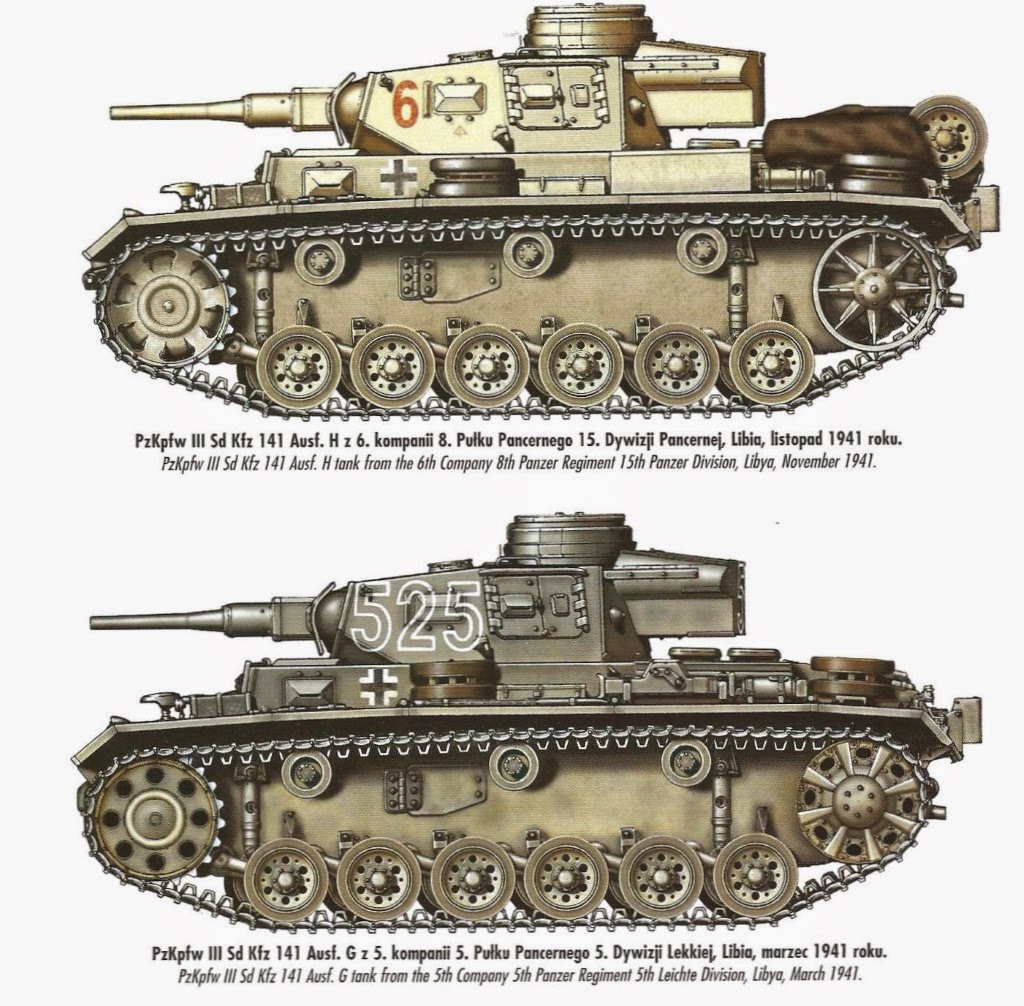 In 1939 it was decided to push ahead with the 50-mm model of the PzKpfw III and this entered production in 1940 under the designation PzKpfw III Ausf F. This was followed by the PzKpfw III Ausf G version with similar armament but more powerful engine. For operations in North Africa the vehicles were fitted with a tropical kit. Ausf G was the first to be mounted with the "Rommelkiste" (Rommelbox) - turret mounted storage bin (Gepack Kasten), which then became the standard on all PzKpfw IIIs. From August of 1940 until 1942, all 37mm Ausf G tanks just as Ausf E and F tanks were rearmed with 50mm KwK 38 L/42 gun. Vehicles send to North Africa were equipped with additional air filters and different cooling fan reduction ratio. They were designated Ausf G(Tp), Tp being short for Tropisch / Trop / Tropen - tropical. Small number of Ausf G tanks remained in service as late as September of 1944.
Posted by Mitch Williamson at 7:45 PM