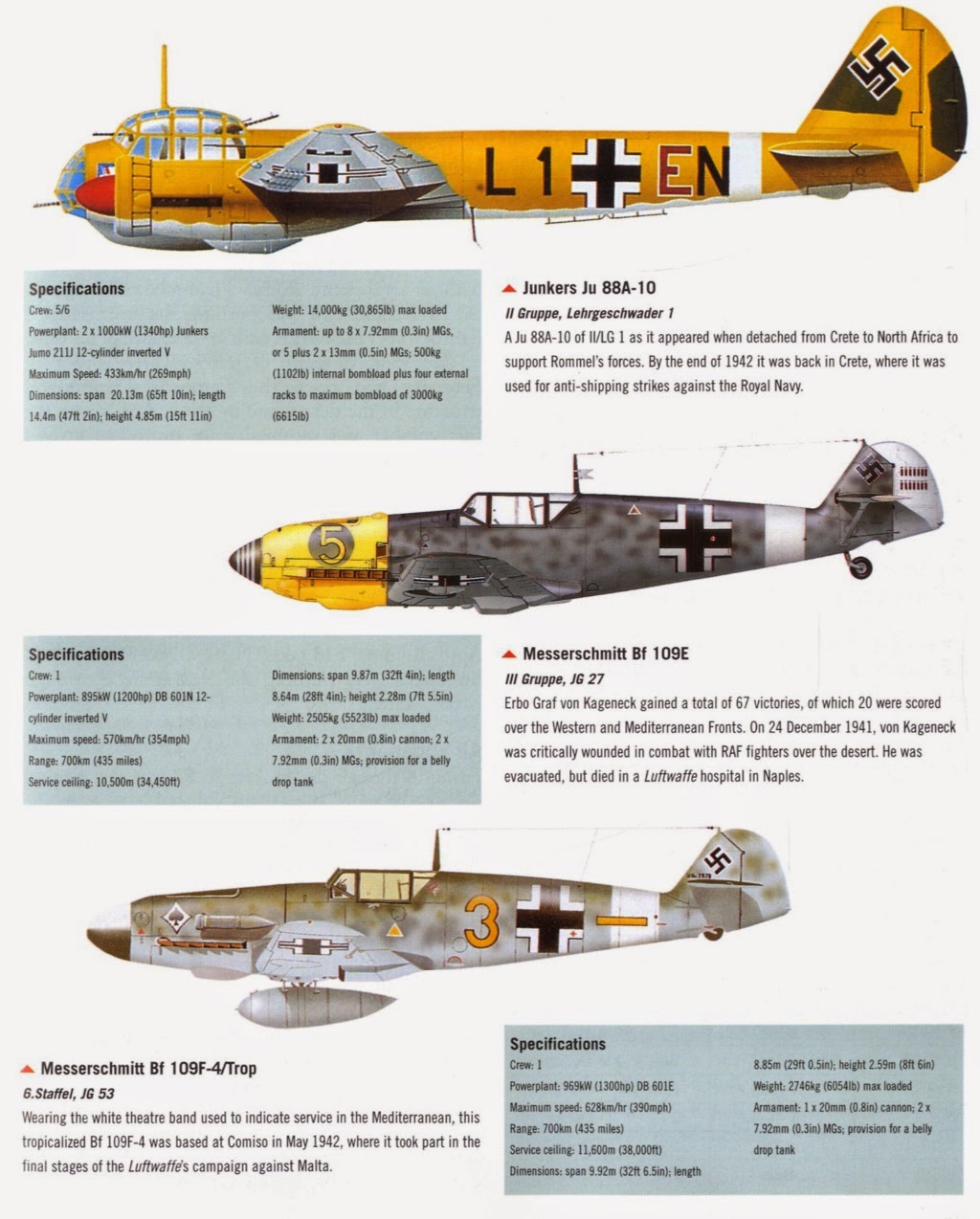 Only in Britain had the airmen’s vision of independence been realized. The Royal Air Force (RAF) became a service coordinate with the Army and Navy in 1918. Not surprisingly, it construed its responsibility to support the army differently from the dependent air services of other nations. British airmen argued that the successful exploitation of air power was incompatible with the parceling of air power to army units the scheme explicitly embraced by the Soviets and at least implicit in the arrangement of all the other major powers. They stressed that the target of priority should be the enemy’s air force, which was to be attacked systematically and comprehensively-in the air, on its airdromes, and in the factories of its homeland. Only when hostile air power had been destroyed would the RAF devote itself extensively to close air support.

In the early opening stages of World War II, most of the major combatants tried interdiction to one degree or another. During the German invasion of Poland, the Luftwaffe systematically interfered with the efforts of the Polish Army to concentrate against the invaders by attacking roads and railroads. When the Poles did concentrate, their counteroffensive was thwarted by the destruction of bridges across the river Bzura. The destruction of railroads and the strafing of Polish columns disorganized the retreat of the Polish Army on the Vistula River. Attempts to cut off the Polish retreat by destroying the bridges across the Vistula failed-only one bridge fell. But the constant attacks on the crossings further slowed and disorganized the Polish retreat, factoring in the Germans’ later envelopment and destruction of the larger part of the Polish Army. The Germans used similar tactics during their invasion of France in 1940. While some German bombers hammered points of resistance or broke up Allied offensives, others nearly paralyzed the French rail system. Bombing and strafing greatly hindered the road movement of the Allied forces.

The British attempted to respond in kind. The Advanced Air Striking Force (AASF)-ten squadrons of Blenheim medium bombers and Fairey Battle light bombers with two squadrons of fighters for escort attempted to stop the advancing German columns by attacking natural bottlenecks such as bridges and road junctions. Two squadrons of Whitley heavy bombers based in England were to aid the AASF by bombing road and rail communications immediately east of the Rhine. The effort was foredoomed. Fighters were too few to escort the bombers, and the Battles, slow and underarmed, suffered extraordinary losses: one aircraft for every two sorties. Time and again, entire formations were lost trying to stem the German advance. The Blenheims, for the same reason, fared little better. At great cost, the RAF slowed the Germans in places, but the sacrifices were in vain, for the reeling Allied infantry could not take advantage of the respites.

Interdiction figured in German air operations in Russia. After surprise attacks on airfields had destroyed much of the Soviet Air Force, bombers not needed for close air support directed their attacks against roads and rail lines in the rear of the Red Army. The principal purpose of these missions was to hinder the retreat of Soviet armies as the Germans sought to envelop them. The Luftwaffe developed special units to destroy railroad bridges after the Soviets proved they could rapidly repair stations and trackage.

With the fall of France, North Africa became the principal theater of the Anglo-German war. Both sides depended on sea transport for supplies. British aircraft based on Malta attacked Italian and German convoys in concert with the Royal Navy, while German and Italian aircraft based in Sicily tried to prevent the resupply of Malta and succeeded in forcing the British to direct most of their convoys for Egypt all the way around southern Africa. In North Africa the British hammered out much of the doctrine they and their American allies would use for the rest of the war. Air Marshal Sir Arthur W. Tedder, Air Officer Commanding in Chief, Middle East, and Air Marshal Sir Arthur Coningham, commander of the Desert Air Force, bore chief responsibility for the doctrinal transformations thrashed out in the deserts of North Africa.

The first transformation was the development of a system of command that reconciled the RAF’s traditional insistence on independence of action with the demands of the army for support. Under the system that evolved in North Africa, the commanders of the air and ground forces were coequals with equal access to the theater commander, their headquarters physically proximate but organizationally separate. From the perspective of military efficiency, the strength of this system was that the air commander, who controlled separate tactical and strategic air forces, could evaluate requests from the ground commander and integrate them into an effective air strategy designed to support the designs of the theater commander. The political strengths of the new system were also notable. The independence of the air commander from the ground commander obviated the fears of airmen that their aircraft would be divided into ineffectual “penny packets” (a favorite phrase of Coningham’s) subordinated to disparate elements of the ground forces. “Air warfare,” Tedder afterwards wrote, “cannot be separated into little packets; it knows no boundaries on land or sea other than those imposed by the radius of action of the aircraft; it is a unity and demands unity of command.” But the subordination of the air commander to the theater commander, who was invariably an army man, reassured the soldiers that their interests would not be neglected by airmen bent on proving untested theories at their expense.

Coningham’s other major contribution was to translate the RAF’s by-then traditional air superiority doctrine into a practical and effective strategy for gaining and maintaining control of the skies. He argued that “penny packets” of aircraft, tied to the ground forces, could never win air superiority, which he saw as an absolute sine qua non for success in the land battle. This was quite conventional, as was his view that the battle for air superiority had to be waged comprehensively. Coningham’s contribution was to show the value of continuous action and to demonstrate more effectively than any commander had done in the past the flexibility of air power-its ability to concentrate and shift quickly from one target to another. He gathered his fighters in large formations, in order to gain numerical superiority wherever the Luftwaffe could be brought to battle. He employed these arrays in continuous sweeps to wear the enemy down. Air-to-air combat was but one dimension of the battle. The fighters regularly strafed the Luftwaffe’s airfields and the motor transport upon which it depended for its supply of fuel, spare parts, and ammunition. Light and medium bombers attacked airdromes and supply depots around the clock, while heavier bombers attacked ports and logistical centers deeper within the enemy’s territory. As the German fighter force grew weaker, the RAF’s interdiction operations became progressively more intensive, but never at the expense of attacks on the Luftwaffe whenever it showed signs of resurgence. When all went according to plan, as it did at the second battle of El Alamein (October 1942), the German army was not only stripped of its air cover but starved of supplies. Coningham’s insistence on continuous operations contrasts with the initially successful counterair operations of the Germans in the Soviet Union. They devastated the Soviet Air Force during the first days of their invasion of the USSR through well-conceived attacks on Soviet airfields. But then the Luftwaffe slackened its counterair operations on the assumption air superiority had been won. ”

The remaining doctrinal innovation of the North African air war, a three-phase model for the employment of air forces in combined-arms offensives, was implicit in Coningham’s method of winning air superiority. The phases-which marked not discrete stages but shifting operational emphases-were air superiority, interdiction, and close air support. The success of this design, first at El Alamein and soon after in Tunisia, established it as the paradigm for all succeeding Anglo-American operations.

Posted by Mitch Williamson at 9:17 PM