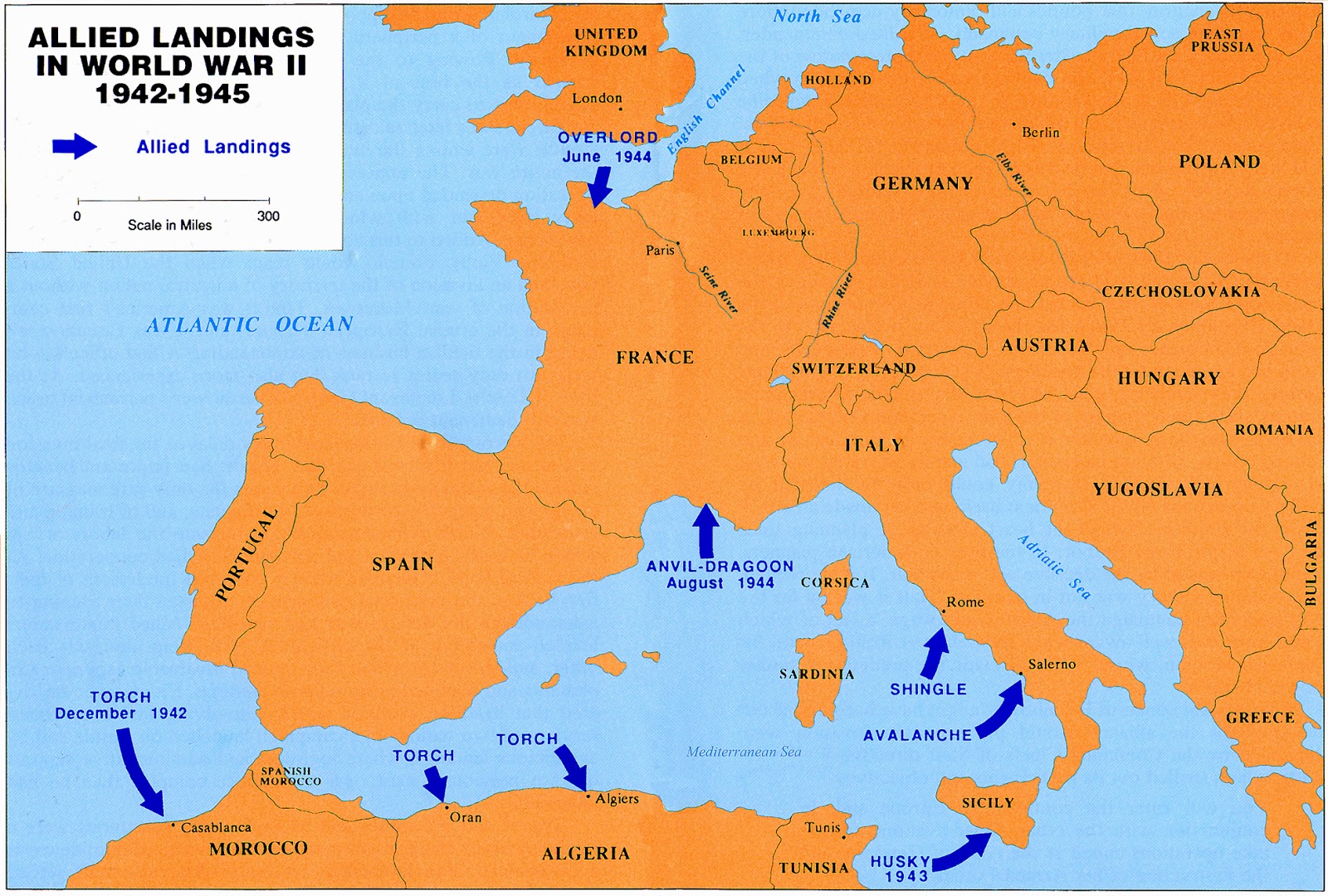 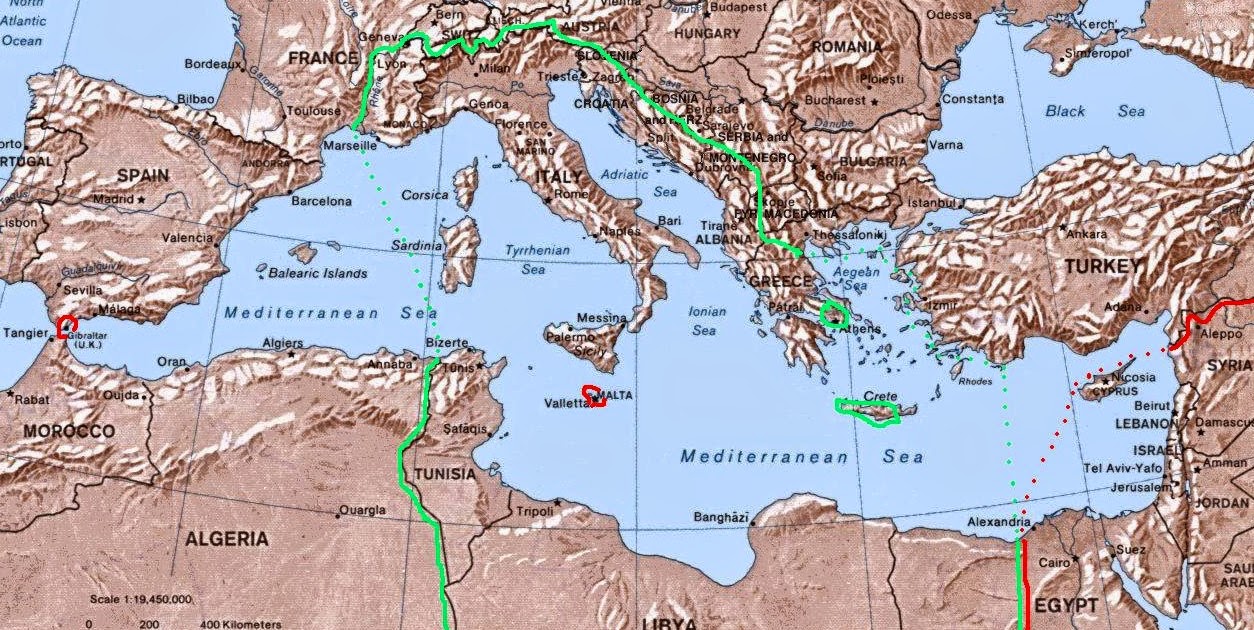 Maximum area of Italian control in the Mediterranean theatre in summer/fall 1942. The area controlled by Italian forces is outlined in green.


In early August 1942, immediately after Auchinleck’s successful defense at El Alamein, Churchill and the CIGS Brooke arrived in Cairo. Quite correctly, because of Auchinleck’s failures over the past year, they decided to replace him with General Sir Harold Alexander. The new Eighth Army commander was to be the XXXth Corps Commander, Lieutenant General W. H. E. “Strafer” Gott. But Gott was killed in an air raid, and the new Eighth Army commander turned out to be a relatively unknown corps commander from Britain, General Bernard Law Montgomery.

Montgomery proved to be one of the great field commanders of World War II. He was not a nice person; dogged, conceited, vain, completely sure of his own abilities, and incapable of understanding other human beings, Montgomery also possessed the attributes of a great general. He was rigorous and enthusiastic, and exhibited considerable flexibility; he was a first-class trainer; and he understood the mind and stomach of the common soldier. He understood that he must fight his battles within the limitations imposed by the weaknesses of the forces under his command. Thus, he refused to fight the Germans in a war of mobility but instead forced them to fight on his terms—with firepower and sheer numbers.

Montgomery had barely three months to get the Eighth Army ready for its offensive; yet, he restored the army’s morale, made clear at every level that it had a new commander, and established large supply dumps. He told the troops on the Alam Halfa Ridge at El Alamein that they would stay there alive, or they would stay there dead. At the end of August, Rommel launched another offensive to drive the British out of the Alamein position. After administering a serious rebuff to the Afrika Korps, Montgomery refused to exploit his success; instead, he continued the buildup for his own offensive in late October. By October Montgomery possessed advantages of nearly four to one in troop strength (230,000 to 80,000), three to one in tanks (1,500 to 500, only 260 of which were German), and nearly four to one in aircraft (1,200 to 350). Once again the island fortress of Malta, recovered from the aerial pounding it had suffered in spring 1942, was playing its role with Ultra’s assistance in interdicting the supplies being sent across the Mediterranean.

Montgomery’s plan was straightforward. A series of diversionary attacks would draw German attention to the south, while the carefully prepared main thrust, in which artillery and engineers would cut paths through the minefields, would create a breakout. In late October when Montgomery’s attack began, Rommel was back home in Germany recovering from jaundice. His temporary replacement, General Georg Stumme, died of a heart attack as the battle began, while the Germans failed to respond quickly. When they did react, they lost nearly half the Afrika Korps’ tanks in ill planned counterattacks. The 15th Panzer Division had already lost three quarters of its tanks in savage fighting. Rommel did not arrive back in North Africa for nearly forty-eight hours. Meanwhile, the British had their own troubles. Gaps through the minefields proved too narrow, while attacking infantry often failed to secure the far ends of the lanes. As a result, many British tanks were trapped in the minefields, where they took heavy losses from Axis anti-tank guns.

Then and thereafter, Montgomery insisted that his offensives had worked according to plan. In fact, he adapted to actual conditions. By the evening of the second day he recognized that his initial plans were not working. On the 28th after a one-day redeployment, the British struck an even heavier blow in the north; that thrust also failed, but the fighting wore Rommel’s armored strength down to 90 tanks, while the British still possessed 800. On 2 November the British struck again, and again their armor crawled through the German minefields, where the tanks ran into the inevitable screen of anti-tank guns. The attackers suffered heavy losses— over 200 tanks—but the Afrika Korps was now down to 30 tanks. On the 3rd of November Rommel ordered a retreat, but at mid-day Hitler issued a stop order, a decision adding to German losses and making it impossible for the Afrika Korps to make a stand in Libya. On the 4th, the Germans finally slipped away, but in the confusion the British captured General Wilhelm Ritter von Thoma, one of Germany’s leading tank pioneers.

On 8 November the strategic situation in North Africa changed fundamentally with the landing in Morocco and Algeria of Anglo-American ground forces under the command of Lieutenant General Dwight David Eisenhower. Eisenhower had rocketed to the top of the American command structure over the past two years. In 1940 as a junior colonel he had begged Patton for a job. But his performance in staff positions and maneuvers brought him to General George Marshall’s attention, and Marshall—chief of staff of the U.S. Army and almost always an extraordinarily good judge of talent—had recognized Eisenhower’s gifts. Ike’s enthusiastic and jovial personality led far too many to underestimate a will of iron and an extraordinary intelligence. Not an intellectual, Eisenhower nevertheless had prepared himself for the coming test as thoroughly as any American senior army officer with the possible exception of Patton. But unlike so many of his contemporaries, Eisenhower was a man willing to subordinate his ego for the greater good. And his personality was such that he was able to get a group of diverse officers from different services and different nations to pull together as a team. Finally, Eisenhower was able to recognize what was possible in a political sense, given the complexities of coalition warfare— again a unique ability in an arena of raging national egos.

Operation Torch reflected the triumph of British strategic arguments over those of the Americans, who had pushed for an invasion of northern France as early as possible. But the reality in 1942 was that the U.S. Army was still only putting together its combat forces. Hence any invasion of the Continent would have to rely almost entirely on the British, who with their experience in fighting the Germans and the strain of two years of war had little desire to invade the Continent just yet.

Nevertheless, Marshall, strongly opposed a landing in North Africa for fear that the commitment of Allied forces to the Mediterranean would prevent a landing in northern France until 1944. Marshall was one of the great figures in the war. A graduate of Virginia Military Institute, he correctly believed that he had received a terrible education—a state of affairs he spent the rest of his life repairing. As he told a contemporary, one could not understand strategy unless one had read Thucydides. On his way to the top of the army, Marshall had impressed virtually everyone he came in contact with except Douglas MacArthur, who was always hostile to those who were his equal. Marshall possessed an austere personality, so austere that a mere glance was enough to suggest to Franklin Roosevelt that even the Commander-in-Chief should not call him George. He had an exceptionally good eye for talent, and over the course of the war he would make few mistakes in the selection and promotion of senior army officers. Above all, Marshall lived by the motto of another military institution, “Duty, Honor, Country,” and he would set a standard of behavior that few West Point alumni could match.

Nevertheless, it took a direct order from Roosevelt, overruling Marshall and his military advisers (something Churchill never did), to commit American troops to the landings in North Africa. The rationale for the president’s decision stemmed from domestic politics. The United States had to involve its forces in combat with the Germans in 1942 or else the political pressures for a “Japan First” strategy might become intolerable.

The Vichy French military in North Africa, burdened by the Armistice’s restrictions, had no chance of prolonged resistance against the Allied invasion. But French troops with antiquated weapons fought hard against Allied landings, particularly in Algeria. The difficulties U.S. forces encountered against an underequipped opponent underlined how unprepared they were to handle the Wehrmacht. The plans had called for a rapid advance to Tunis once Allied forces had consolidated the position in Algeria, but the Germans arrived first. The Vichy French governor in Tunisia willingly opened the gates for the Germans (in marked contrast to the vigorous response of Vichy soldiers in Algeria to the Torch landings).

Luckily for the Allies, in November 1942 the German high command was in its usual state of disarray. The Führer was on the way to Munich by train to give his annual speech on the anniversary of the 1923 Beerhall Putsch. Hurried consultations by teletype from Thuringia could not cobble together an effective strategic response to Torch. The OKW staff remaining in East Prussia suggested that North Africa could not be held, but, as one staff officer noted, this assessment “passed unnoticed in the general jumble of vague political and strategic ideas based primarily on considerations of prestige.”  There was certainly no overall strategic or operational assessment of additional commitments in North Africa. Hitler rushed paratroopers to Tunisia, and armored and infantry units followed by sea. Shortly thereafter, he ordered the Wehrmacht to occupy the rest of France, ending the last shreds of independence that Marshal Pétain’s collaborationist regime still enjoyed. The French fleet scuttled itself in Toulon rather than join the Allies. The OKW had now committed much of the Luftwaffe’s transport fleet and the German Army’s reserves to operations on the far side of the Mediterranean, where only tenuous supply links with the Italian mainland existed.
Posted by Mitch Williamson at 12:56 PM