Allied Advances in the Mediterranean 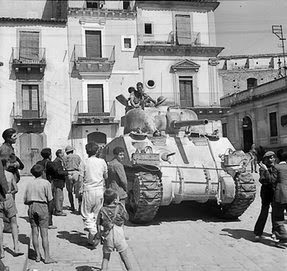 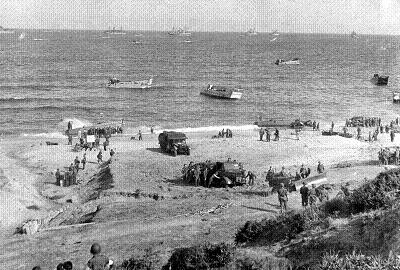 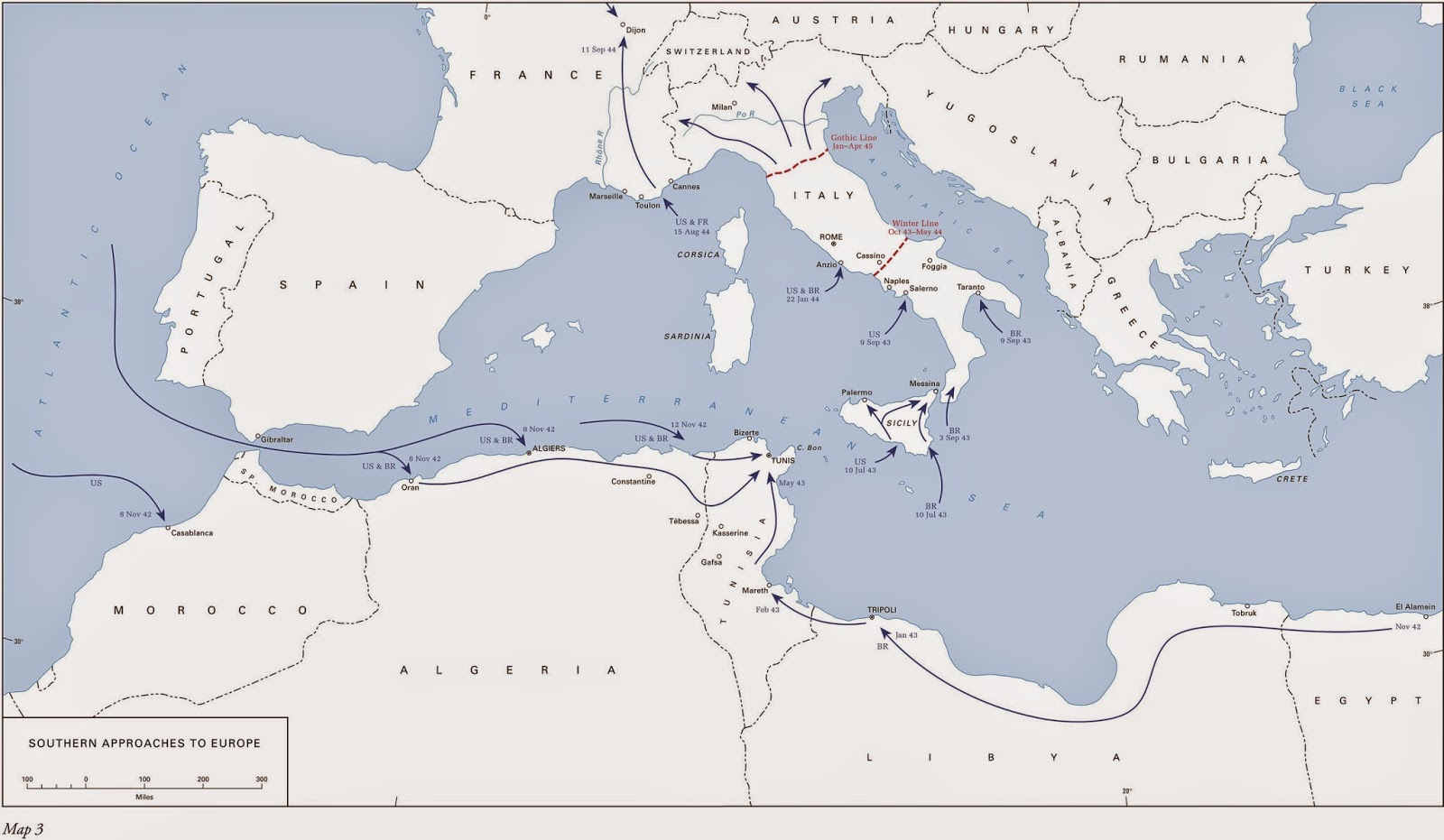 British and American forces’ easy advances eastwards from Algeria came to a halt in January 1943, when they came up against the Germans established in the Eastern Dorsale of the Atlas mountains. Further south-east, Rommel, retreating from Montgomery, had established the Afrika Korps on the Mareth defensive line. With von Arnim, commander of 5th Panzer Army, he conceived a typical counter-attack: their two panzer divisions drove at the US 2nd Corps and by 19 February had pressed them back to Kasserine Pass in the Western Dorsale. However, the British and American forces then held the Germans in the passes, and from then on, they were only able to mount spoiling operations. How successful they were, despite growing supply problems – the convoys from Italy were decimated by Allied airpower – is shown by the fact that Montgomery only turned Rommel out of the Mareth line by 31 March, and that it took until May to finally defeat them. However, the time the Axis gained by their efforts has to be offset against the fact that though Hitler’s attention was elsewhere, he insisted Arnim fight to the end (Rommel was called home), meaning that even when defeat was inevitable little effort was made to withdraw the troops to fight elsewhere. By 13 May, the Axis force of 11 divisions was squeezed into Cape Bon and finally surrendered: 275,000 troops were taken prisoner, the largest capitulation of Axis troops yet.

The delayed conclusion to the Tunisian campaign limited Allied options for 1943. Round-Up in 1943 was already doubtful because of shortages of landing craft and the slow pace of build-up in Britain, with the Battle of the Atlantic still raging. The choice was either to begin no new campaigns in 1943, leaving Allied ground forces largely inactive and giving no relief to the Soviets, or to attempt further advances in the Mediterranean.

Churchill had always intended this. He believed Italy to be the weak link in the Axis – the ‘soft underbelly’. Italian weakness certainly offered political opportunities. The general staff was doubtfully loyal to Mussolini, and the Italian people felt no real enmity to Britain, and traditionally had a high regard for the US. Since Italians were the occupying forces for much of the Balkans, an Italian surrender offered enticing prospects. Hitler saw this danger clearly, for it would give the Allies a position on the flank of Germany’s eastern front and would threaten vital resources, especially oil. He offered Mussolini five more divisions to supplement those that had managed to get out of Tunisia, but the Duce refused. Hitler prepared plans (Operation Alaric) for the occupation of Italy in the event of Allied attack, but in fact expected that the blow would fall on Sardinia, Corsica, or, where he feared it most, Greece.

The course of Operation Husky demonstrated that while Churchill anticipated the politics correctly, he was mistaken about the possibility of easy or rapid Allied advances. Instead it showed the continuing ability of the Germans to reinforce with high-quality troops and to re-form in strong defensive positions much more rapidly than the Allies could deploy their forces.

Successful deception measures – including Operation Mincemeat (a British corpse bearing fabricated information) – meant that Husky achieved complete surprise. On 10 July the Allied forces of eight divisions (180,000 troops) landed from the sea either side of Cape Passero, accompanied by two airborne divisions. However, the first Anglo-American attempt at opposed amphibious landings was less than a complete success. Airborne troops particularly suffered, when they were shot at by nervous Allied gunners, and dropped in the sea by mistake. Valuable lessons were pointed up regarding shore bombardment and coordination of operations.

There were 12 Axis divisions on the island, but only the 15th Panzergrenadier Division and the Hermann Göring Panzer Division were of high quality. Alexander assigned the aggressive American General Patton to capture the western half of the island, Montgomery the eastern. Patton made rapid progress, but Montgomery, advancing either side of Mount Etna, encountered serious opposition, and the rugged terrain in Sicily favoured the defence. Hitler sent two divisions to strengthen the defence, and it was only a series of amphibious ‘hooks’ that undid their defensive positions – and even then Axis evacuation began in good order on 11 August, taking with them most of their equipment. The Americans finally entered Messina on 17 August, but the bulk of German forces had escaped, and were now in a position to oppose the next Allied advance.

The landings in Sicily had, however, been the final straw for Mussolini’s opponents. On 25 July the Fascist Grand Council demanded his resignation, and when he visited the King, he was arrested. Marshal Badoglio became Prime Minister, and entered secret negotiations with the Allies. The result was a mess. The Allies drove a hard bargain, and on 3 September the Italians agreed to terms that were effectively unconditional surrender. They had hoped for an Allied landing north of Rome to forestall a German response, but instead the landings were in the far south – and though it had been agreed that the Italian surrender would be kept secret so that they could prepare for a German intervention, Eisenhower revealed it just after Allied forces made their landing at Salerno on 8 September. It was the Germans who arrived in Rome, not the Allies.
Posted by Mitch Williamson at 12:21 PM