Axis Defeat in the Mediterranean I 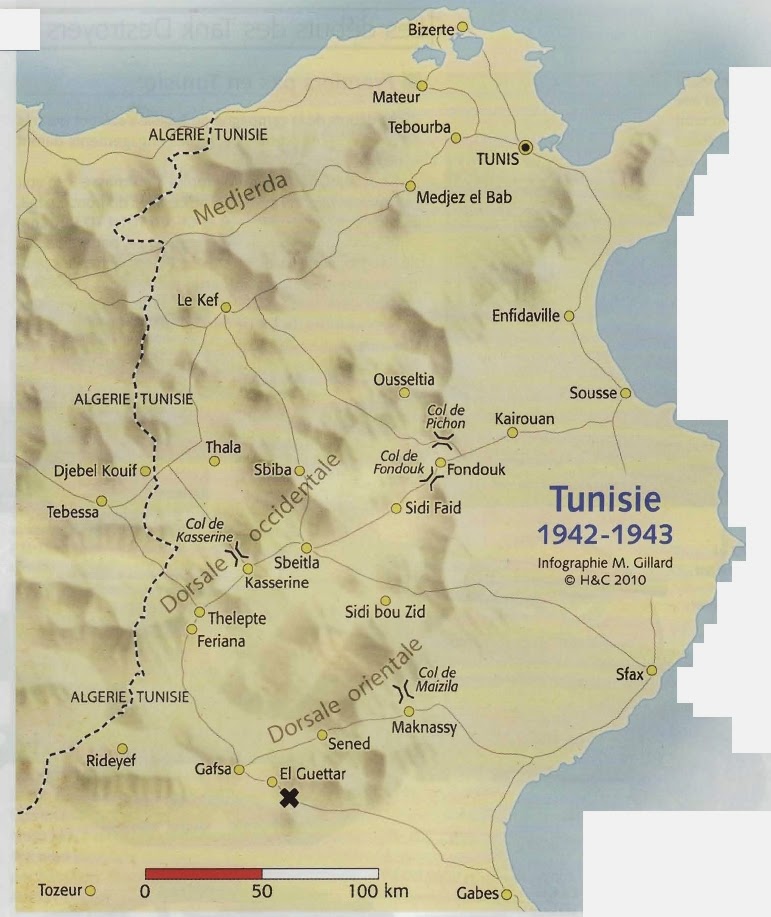 The Anglo-American landings on the Algerian and Moroccan coasts in November 1942 had upset the balance in the Mediterranean theater. Hitler’s seizure of Tunisia provided the Axis a breathing space, but the decision rested on no coherent operational or strategic analysis. The Germans proceeded to rush large forces to consolidate their hold on Tunisia and preserve their control of the mid-sea passage. Those forces were sufficient to stop the Allied advance out of Algeria. As a result, the Axis powers poured nearly a quarter of a million troops into the enclave. Again, no one in the German military hierarchy stopped to consider how they might be supplied, given the threat posed by British aircraft on Malta.

Moreover, instead of appointing an overall commander for the North African theater, Hitler divided even the ground command. Rommel would remain in command of the Afrika Korps, now retreating across Libya toward Tunisia, but Generaloberst Jürgen von Arnim would command the divisions rushed to Tunisia. Arnim was the worst sort of general staff officer—arrogant, hard to work with, and contemptuous of those not wearing the claret stripe of the general staff. Kesselring held overall command of German forces in the Mediterranean. “Smiling Albert,” as he was nicknamed, provided considerable charm and a Nazi ideological bent to his command. As the situation in North Africa deteriorated, Kesselring issued an endless series of optimistic and soothing reports to the OKW, while suggesting to his pilots that Japanese fanaticism provided an excellent example of how they should conduct themselves. The great German fighter pilot, Johannes Steinhoff, recalled attending a Kesselring conference in March 1943: “Never in my life will I forget the Air Fleet situation conference which I was permitted to attend. There was I, a combatant officer, witnessing the prognostication and synthetic portrayal of the future course of the battle in North Africa . . . I found the foppish affectation and general superciliousness [of the staff officers] insufferable.”

While the Germans organized the defenses of Tunisia, the British and Americans held a momentous conference at Casablanca. Starting on January 14, in chill, damp villas, Roosevelt, Churchill, and their respective military advisers conducted ten days of discussions on Allied strategy. The Americans were still committed to the concept of a landing in Northwest Europe in 1943; they had no interest in further operations in the Mediterranean after the defeat of Axis forces in Tunisia. But the British had no intention of supporting such a strategic approach, and with far superior staff work they won nearly every major argument with the Americans. There would be no major landing on the French coast in 1943, and Allied forces would invade Sicily in the summer.

In retrospect, the British were entirely right. None of the preconditions for a successful landing on the coast of France yet existed. The Battle of the Atlantic was not over; the Luftwaffe had yet to be defeated; the logistical infrastructure for the immediate support of the invasion did not exist; and Allied air forces were not capable of interdicting the landing area and preventing the Germans from moving rapidly against the invasion. About the only argument the Americans won was a symbolic agreement to coordinate the efforts of the Allied strategic bombing forces.

While the senior Allied staffs were arguing about strategy at Casablanca, the Afrika Korps arrived in Tunisia. Rommel received only minimal cooperation from Arnim. The field marshal proposed a major operation with their combined panzer forces to strike at the supply dumps and air fields the Allies had constructed in Algeria; the operation would take place before the British Eighth Army had closed on Tunisia. Arnim, however, had no intention of cooperating with Rommel, and so the attack occurred under two separate and suspicious command structures. Nevertheless, the Germans achieved a considerable local success. Major General Lloyd Fredendall, one of the few bad appointments Marshall made in the war, commanded the American II Corps defending the central Tunisian front. Quartered in a deep cave far from the battlefield, Fredendall deployed his forces badly and then failed to provide leadership in the crisis that occurred when Rommel attacked. The result was a tactical setback at Kasserine Pass, one that should not have been entirely unexpected, given how little time the Americans had had to train.

The Americans, however, proved fast learners, while Fredendall’s replacement, George Patton, aroused the fighting spirit of U.S. troops, even if at times he churned up more hatred for himself than for the Germans. George Patton was one of the more bizarre characters produced by the United States Military Academy and the United States Army. He was also a great general. Field Marshal Douglas Haig, commander of British forces on the Western Front in World War I, met Captain Patton in 1917 when he was aide to Pershing and pronounced that Patton had big things in store for him. Badly wounded as the commander of a tank unit in 1918, he returned to the dull, peacetime life of the interwar U.S. Army, where he slowly rose in the officer corps. Warned that his advocacy of the tank might put his career in jeopardy, Patton returned to the cavalry. But behind Patton’s demeanor of the swash-buckling, polo-playing cavalryman was a serious soldier who prepared himself intellectually for the coming war. Independently wealthy, Patton was able to accumulate an impressive library and travel extensively. Patton’s professional weakness was his lack of a technical background that would have enabled him to influence the inept decisions the army made in procuring tanks. His personal weakness lay in an inability to control either his emotions or his mouth.

In the long run Kasserine Pass was of importance in setting the U.S. Army on the path to becoming a truly effective military organization. Unfortunately, many British senior officers failed to recognize that Kasserine Pass represented the teething problems of a U.S. Army only beginning rearmament. Thus, for the remainder of the war they would consistently underestimate the increasingly impressive capabilities of U.S. ground forces.
Posted by Mitch Williamson at 12:53 PM