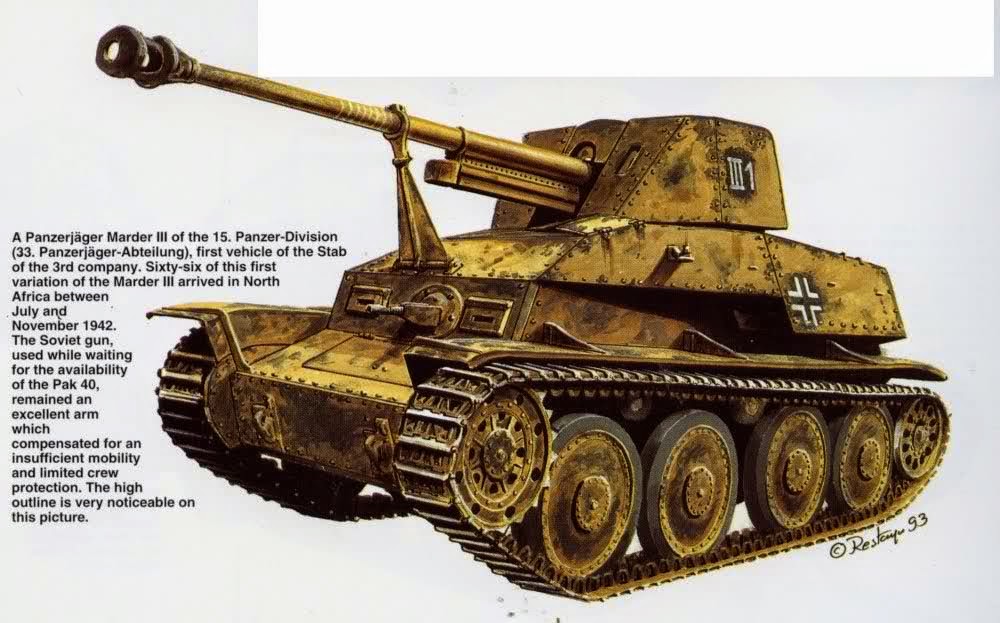 From around May 1942 a small number of Marder IIIs were brought into the desert. This was the version with a Russian 76.2mm gun on a Panzer 38t chassis. These increased in numbers.

Some sources suggest that some Marders also went to PzJgr 605 when were serving with 90th Light Division at the time, but I have not seen anything conclusive and believe this is erroneous as there are no references to Marder IIIs with 90th Light.

By El Alamein, there were probably Marder IIIs.

At the Second Battle of Alamein the estimate would be 4-6 Dianas and 6-12 PzJgr I's (as above), plus about 40 Marder III's. There were definitely as least 3 Marder III's still in the PzArmee Afrika Kampfstaffel, as they served alongside the 5-6 captured Stuart Tanks in that unit.
Posted by Mitch Williamson at 1:31 PM