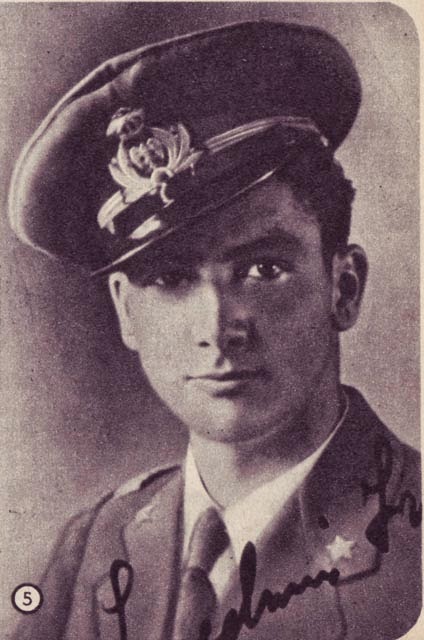 Here is a quote from George Buerling from a book by Miles Constable entitled "George Beurling, Canadian Ace" With 32 confirmed planes shot down, George Beurling was one of the top Allied aces of WWII.

"The Eyeties are comparatively easy to shoot down. Oh, they're brave enough. In fact, I think the Eyeties have more courage than the Germans, but their tactics aren't so good. They are very good gliders, but they try to do clever acrobatics and looping. But they will stick with it even if things are going against them, whereas the Jerries will run.
There is no official list of Italian aces of WWII, since the Regia Aeronautica, up to 1942, did't put importance on individual scores, rather than the scores of the squadrons.  Aeronautica Militare Italiana, in the post-war years, had problems with the records of Regia Aeronautica, Aeronautica Nazionale Repubblicana and Italian Co-Belligerant Air force.

Different lists that you can find on the internet are the results of the work of different private enthusiasts and experts that had to confront the documents (often incomplete, due to the war loss) of the different squadrons, groups and even air forces.

Posted by Mitch Williamson at 9:43 PM