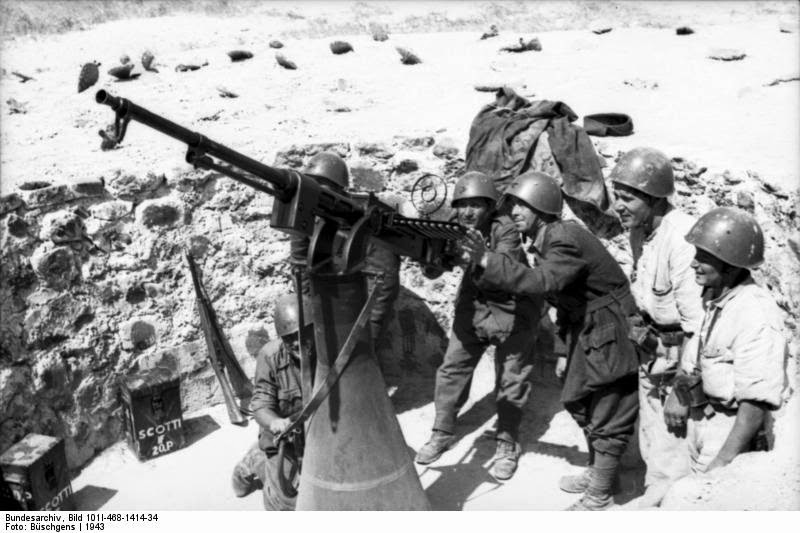 Naval mounts
Generally speaking the Italian small calibre AA armament (from MG's to 40mm guns) had one BIG draw-back: they had NO recoil brakes. The recoil force had to be 100% absorbed by the mount and consequently by the deck of the ship/boat that had to be strong (i.e.: heavy) enough to bear those forces. That's why it is difficult to find Italian motor boats loaded with the same number x calibre guns/MG's of the Germans and of the Allies. The same happened on other kind of ships: in order to bear a consistent amount of AA weapons, the ships had to be strong enough, which means heavy, to bear them while firing. This was one of the major limitation in our navy (especially for smaller units), and one of the reasons for the adoption of the Oerlikon 20mm gun: it was possible to mount it "as is": you just practically bolted it where you wanted it, because its recoil absorbing system allowed this without first preparing the vessel. Scottis and Bredas 20mm, on the other hand, before being mounted required that the hull be prepared and reinforced before installing the guns.
Posted by Mitch Williamson at 11:29 AM