Axis Defeat in the Mediterranean II 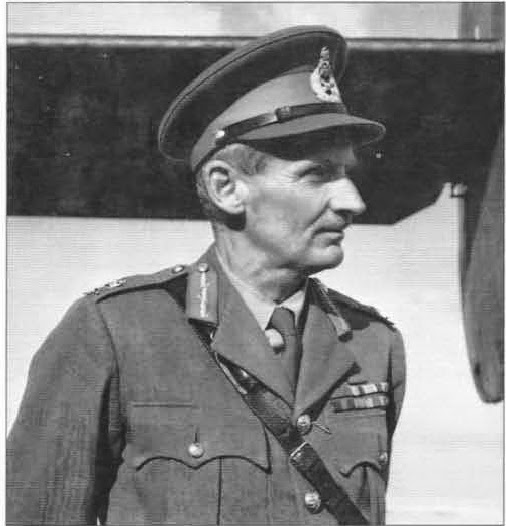 Meanwhile, General Dwight Eisenhower, initially the commander of Operation Torch, reorganized the air, naval, and ground relationships among the Allied forces. Thus, he created the first truly combined (inter- Allied) headquarters. Eisenhower’s gifts as a conciliator and strategist were exceptional; he was also willing to learn from experience. And his usually patient personality allowed him to mold a group of disputatious and quarrelsome generals from different countries into a winning team. That nearly everyone underestimated him was a major factor in his effectiveness. He was now to display those talents in marshaling and organizing Allied forces attacking the Axis positions in Tunisia.

In early March 1943, fully alerted by Ultra, Montgomery administered a severe beating to Rommel’s forces on the Tunisian-Libyan frontier. The failure to stop Eighth Army was Rommel’s swan song in Africa; he returned to Germany for further medical treatment. By now the situation of Axis forces in Tunisia was rapidly deteriorating. Allied fighter aircraft had gained the upper hand, so that the Stukas could no longer operate without suffering heavy casualties. On the ground, Allied pressure placed Axis troops in an impossible situation.

But it was the unceasing Allied air campaign against Axis shipping and ports that bit most deeply. Informed by Ultra of virtually every Axis air and naval movement, Allied air attacks devastated the convoys crossing to North Africa. In mid-March Fliegerkorps Tunis concluded that the courses of its convoys across to Tunisia from Sicily were being betrayed to the Allies, but the Germans found it impossible to believe that their own communications might be the problem. By the end of March the Germans had to shut the convoys down entirely and move to airlift. In April and early May, Allied fighters—fully alerted to the German flight schedules by Ultra— wrecked the aerial bridge from Sicily to Tunis. In a five-week period the Germans lost over 200 transport aircraft.

A series of Allied attacks drove German forces in Tunisia into an ever shrinking pocket. In late April, led by the British First Army and the U.S. II Corps, the Allies broke the Axis bridgehead into two separate positions, which they then reduced in short order. With relatively little ammunition, virtually no fuel, and their backs to the Mediterranean, the Axis forces collapsed, although the Italians resisted longer than their German allies. Over the last week of April and the first week of May, Germans and Italians flowed into Allied POW camps; in all, the Allies captured 275,000 soldiers in what was almost as critical a defeat as Stalingrad, for it eliminated virtually all the German reserves in the Mediterranean.

The Anglo-American forces were in a position similar to that of the Soviets immediately after Stalingrad. But where the latter had displayed too little caution in their moves across the Don, the Anglo-Americans would display too much caution. With hardly any German troops in Sicily, Corsica, or Sardinia, Allied senior leaders refused to assume any serious risks. Instead, they waited for over two months while they prepared the invasion of the Mediterranean in meticulous detail. Not until 10 July 1943 did they finally launch Operation Husky against Sicily.

In that two-month period they lost the possibility of seizing Corsica and Sardinia and confronting the Germans with the threat of Allied landings from southern France to Sicily. But caution was the order of the day—on the British part because of fear of German capabilities, on the American part by a desire to minimize commitments in the Mediterranean. At the Trident Conference in Washington that May, the Americans at least agreed to continue Allied efforts in the Mediterranean beyond Sicily in order to knock the Italians out of the war. But at the same time they forced the British to agree that the invasion of northern France would take place in May 1944. The result of this horse trading, however, was an unimaginative direct attack on Sicily that failed to take advantage of Allied naval, amphibious, and air superiority as well as Axis weaknesses in the air and on the ground.

Husky’s success was helped considerably by skilled Allied deception plans that persuaded substantial elements of the OKW and most importantly Hitler that the Allies would not, after all, attack Sicily or the Italian mainland but rather the Balkans and Greece. In June and July 1943 the OKW deployed substantial reinforcements to Greece, including the 11th Luftwaffe Field Division, the 104th and 117th Jäger Divisions, the 1st Panzer Division, and the 1st Mountain Division. So worried were Hitler and the OKW that they even dispatched Rommel to Salonika to meet the expected invasion. Instead, these German forces guarded Greek beaches— not bad duty for early summer 1943.

The invasion of Sicily was the largest amphibious operation of the war, at least on the first day. Montgomery drew up the plan and not surprisingly gave pride of place to Eighth Army, which he still commanded. The British would land on the southeastern corner of Sicily and drive north to Messina to cut off the German and Italian garrison. To the west, the American Seventh Army under Patton would provide a flank guard.

In early June a massive air campaign fell upon Italian and German air bases throughout Sicily. Battered Luftwaffe squadrons no longer could hold their own. The experienced pilots had been steadily killed off, to be replaced by fresh-faced boys who had little chance of surviving. The amphibious landings in early July went well, although there was some stiff opposition over the course of the first day. But the campaign did not turn out as Montgomery had hoped. Almost immediately the British drive to the north ran into difficulties; Montgomery then took over roads assigned to Seventh Army. But by that time Patton, who had no intention of acting in a supporting role to Montgomery, had launched American forces west to capture Palermo and then back across the northern coast to reach Messina before the British.

The invasion of Sicily did lead to Mussolini’s overthrow and it forced the Germans to terminate Zitadelle in the east—the first direct major combat contribution the Allies made to the Soviets. But on the operational level its results were less than satisfactory. The Allies gained little more than the island of Sicily, and for the first time, but not the last, Anglo-American commanders allowed sizeable numbers of Germans to escape to fight another day. In this case, the Germans established massive flak (anti-aircraft gun) positions on both sides of the straits of Messina and then ferried virtually all the surviving troops across to the mainland. Neither Allied air nor naval power intervened effectively. On a more personal but distressing note, George Patton, displaying a characteristic lack of self-control, slapped two GIs suffering from shell shock and malaria. The incidents almost terminated his military career, and they resulted in his replacement by the dour, unimaginative, and deeply jealous Omar Bradley as the top commander of U.S. ground forces.

There was, however, one major strategic gain in the Mediterranean campaign of 1942–43: it opened the sea to Allied merchant shipping, and by thus shortening the route to the Middle and Far East it freed somewhere between three and four million tons of merchant vessels for other purposes.

The period between May 1942 and July 1943 witnessed a major shift in the fortunes of war. German victories in summer 1942 represented the last moment when the Wehrmacht’s skill and force structure were still sufficient to gain and hold the initiative. But these victories in the Mediterranean and on the Eastern Front entailed an enormous miscalculation of the Third Reich’s ability to coordinate, command, and supply its forces on two fronts. By exhausting themselves in pursuit of unachievable goals, the Germans created opportunities for Allied counterattacks which proved devastating. From this point on, the initiative would rest with Germany’s opponents. The Germans would have to await each blow with grim determination and the dark hope that they could fight long and hard enough to split the Allied coalition apart, short of total victory.
Posted by Mitch Williamson at 12:52 PM