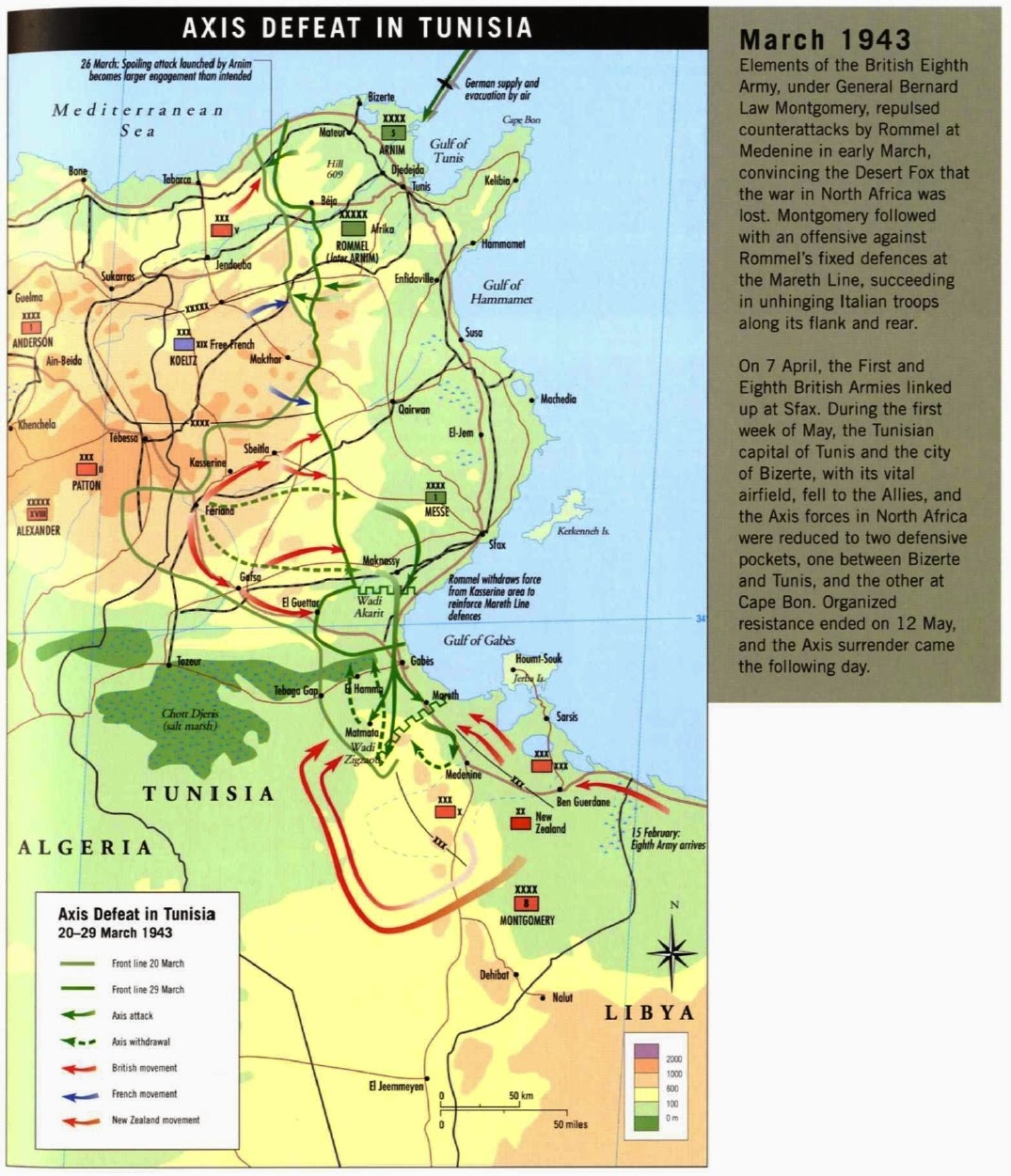 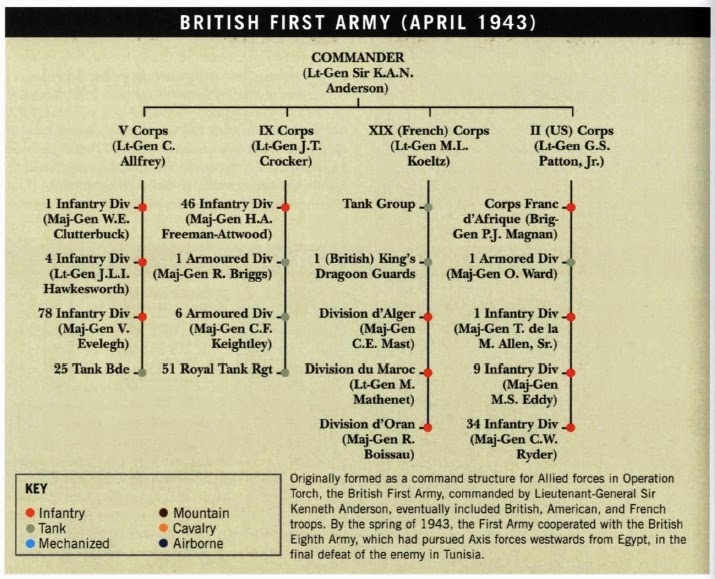 The First Army was also part of the British Army during the Second World War. It was formed to command the British and American land forces which had landed as part of Operation Torch in Morocco and Algeria on 8 November 1942 and it was commanded by Lieutenant-General Sir Kenneth Anderson. First Army headquarters was formally activated on 9 November 1942 when Anderson arrived in Algiers to assume command of the redesignated Eastern Task Force.

It initially consisted of British and American forces only. After the surrender of French forces following the German abrogation of their armistice agreement with Vichy France, French units were also added to its order of battle. It eventually consisted of four corps, the U.S. II Corps, the British V Corps, British IX Corps and French XIX Corps.

After the landings, Anderson's forces rushed east in a bid to capture Tunis and Bizerte before German forces could reach there in large numbers. They failed. After that failure, a period of consolidation was forced upon them. The logistics support for the Army was greatly improved and airfields for its supporting aircraft greatly multiplied. By the time the British Eighth Army approached the Tunisian border from the east, following its long pursuit of Erwin Rommel's forces after El Alamein, 1st Army was again ready to strike.

Supported by elements of XII Tactical Air Command and No. 242 Group RAF, First Army carried the main weight of 18th Army Group's offensive to conclude the Tunisia Campaign and finish off Axis forces in North Africa. The victory was won in May 1943 in a surrender that, in numbers captured at least, equalled Stalingrad. Shortly after the surrender, First Army disbanded, having served its purpose.
Posted by Mitch Williamson at 12:42 PM

Email ThisBlogThis!Share to TwitterShare to FacebookShare to Pinterest
Labels: British