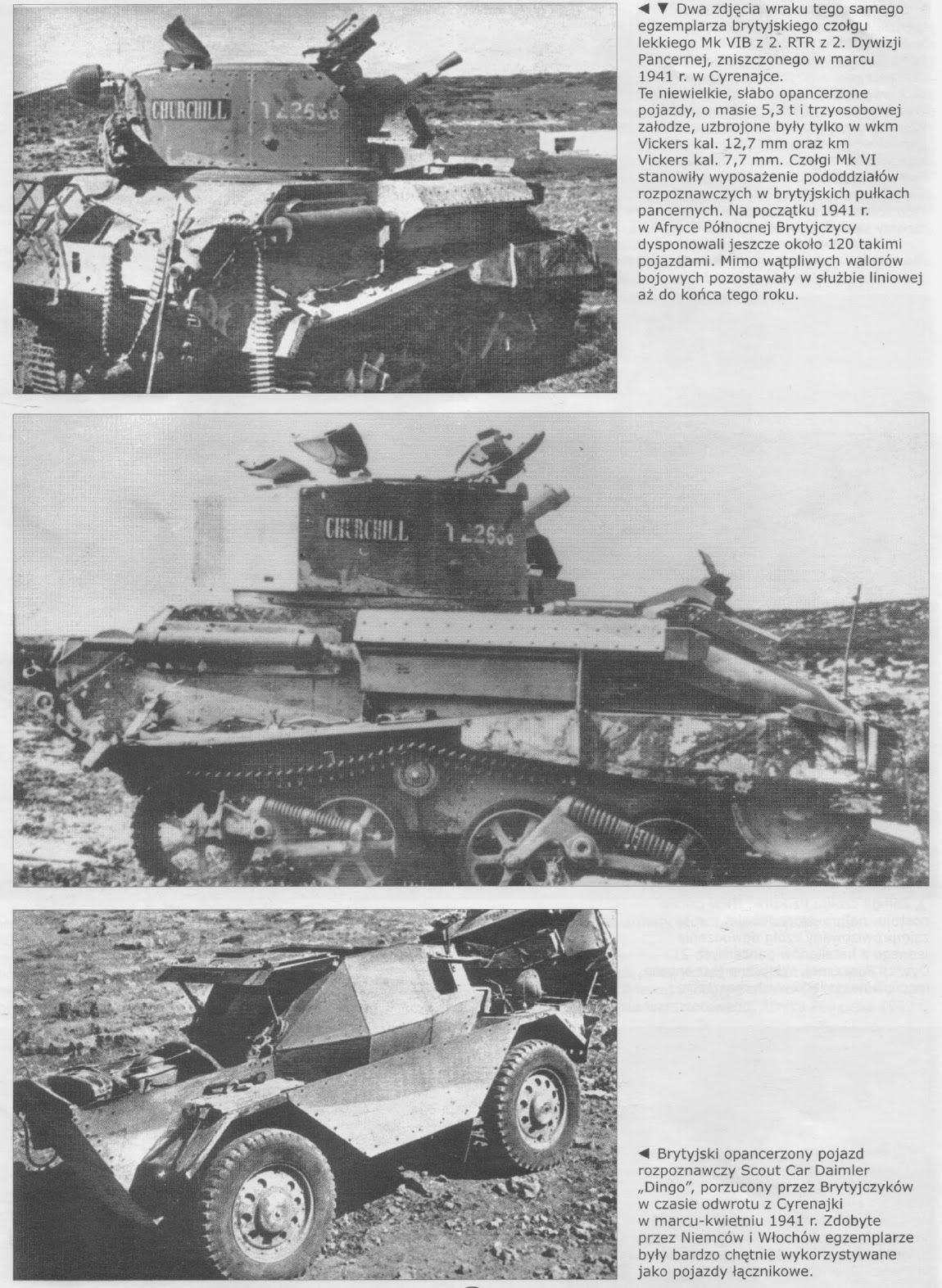 The Committee of Imperial Defence in London had decided that Cyrenaica should be held as a secure flank with the minimum forces the Commander-in-Chief, General Sir Archibald Wavell, considered necessary to enable all available land forces to be concentrated in Egypt prior to despatch in support of Greece. In a very short space of. time, the force that had thrown the Italians out of the eastern province of Libya was reduced to a skeleton. Rommel's first units arrived in Tripoli on 14 February and he hurried them eastwards into blocking positions.

George Clark of 1st King's Dragoon Guards was on patrol early one morning when a strange armoured car passed his own. A report was sent to headquarters that 'we can see four wheels on our side and can safely assume there are four on the other side'. The balance of power had tilted. On 24 February a small detachment of armoured cars and motorcyclists made contact with a patrol from 1 KDG supported by some Australian anti-tank guns. Not expecting Germans, the British troop commander dismounted to investigate and the incident resulted in the Germans capturing him and two soldiers and destroying two scout cars, a lorry and a car. This was seen as a good omen by Rommel, who wrote to his wife Lucie that as far as he was concerned, the British could come any time they pleased. But with Wavell busily preparing forces to be shipped to Greece, Rommel's suspicions were aroused by the lack of activity to his front, and when at the end of March he was ready to push in the door to Cyrenaica, he found it hanging off its hinges.

The British were in a precarious position in the Middle East. Churchill continued to exert considerable direct influence on operations, putting the commanders-in-chief, particularly Wavell, under almost intolerable pressure. Rommel was a great admirer of Wavell and carried a copy of Wavell's pre-war writings with him. He said that Wavell was the only British commander to show 'a touch of genius'. While Wavell was faced with threats in every other direction in March 1941, his principal concern was with the expedition to Greece. Cyrenaica Command was set up at the beginning of February with Lieutenant-General Sir Henry Maitland Wilson as Military Governor.

Much of Wilson's work was expected to involve the civilian administration of the region with the victor of 'Compass', the newly knighted LtGen Sir Richard O'Connor, taking over his post as GOC British Troops Egypt (BTE). O'Connor's corps headquarters was to be replaced by I Australian Corps, but both it and Wilson were soon reassigned to the Greek expedition and LtGen Philip Neame VC was sent from Palestine to take over Cyrenaica Command at Barce. Neame was an unknown quantity as a commander. Although his VC suggested no lack of fighting mettle, he never really had a chance to prove himself and things were further complicated when both he and the valuable O'Connor were captured on 6 April. Similarly, many of the most experienced junior commanders had been drawn off to other fronts and the professionalism of the original Western Desert Force was now much diluted.
Posted by Mitch Williamson at 6:57 PM