RAF-Army Cooperation in the Desert II 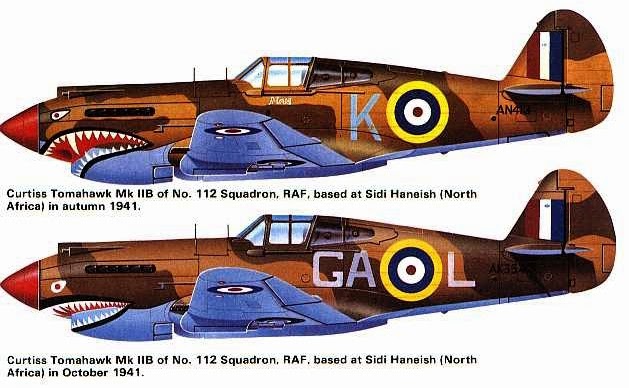 The attack on Bardia was delayed for sixteen days to allow supplies of ammunition to arrive from the railhead at Mersa Matruh. The plan called for the 6th Australian Division (which had replaced the 4th Indian Division) to attack west of Bardia, seizing a bridgehead and allowing engineers to fill in the anti-tank ditch circling the perimeter. Once this task was accomplished the tanks were to drive into the perimeter to the southeast and prevent the escape of the garrison, while the 6th Australian Division continued the assault. On 3 January 1941, the attack began. Like previous battles, it ended quickly with few British losses. By 1745 hours on 4 January, Italian forces in Bardia surrendered. The British netted 45,000 prisoners, 462 guns, 117 light, and 13 medium tanks.

These dramatic successes were due to the planning, secrecy, and execution of operation ‘Compass’, and the qualitative inferiority of Italian forces to the Western Desert Force and the RAF, yet the latter had problems of their own. Flawed C3I systems prevented the RAF and the army coordinating their efforts much beyond the planning stage against targets which were fixed and easily located, where the position of British troops was well known. Inefficiencies in command structures and communications, as well as a lack of suitable aircraft, crippled responses to calls for support. Weaknesses in the C3I systems of the RAF and army prevented the application of consistent air support, especially when forces were engaged in battle. Few aircraft were available to do so and tactics had not evolved to maximize the effect while minimizing losses. Despite this, RAF air support worked.

During the attacks on Sidi Barrani, Bardia, Tobruk, and Benghazi, RAF heavy bombers attacked military objectives by night, giving enemy troops no chance to rest. Medium bombers were “employed in a similar role to the heavy bombers both by day and night and at other times attacked enemy aerodromes.” Fighters were used to cover British troops, provide reconnaissance, and “make low flying attacks on mechanical transport on the enemy’s lines of communication.” Air support kept the pressure on a demoralized Italian army while heavy artillery was moved forward.

An aerial assault on Bardia preceded the ground attack. On the night of 1 January, Wellington and Bombay bombers dropped “over 20,000 lbs. of bombs on enemy defences and troop positions.” This attack was continued during the day by Blenheim medium bombers, followed by another night assault that dropped a further 30,000 pounds of bombs on Bardia. Over forty tons of bombs were dropped during these operations. Although accuracy often left much to be desired, this constant attack took an enormous toll on the thin veneer of Italian resistance. The overall effectiveness of RAF support was magnified by poor Italian morale. During the attack on Fort Capuzzo, for example, an RAF raid in which no bombs landed inside the target area induced the garrison to surrender. Some prisoners from the Sidi Barrani offensive reported that RAF bombing attacks “had caused great disorganization, mainly through its moral effect.” A senior Italian prisoner of war said that before the assault on Bardia the “RAF had harassed the defending units by day and night, robbing them of sleep and reducing their morale until when the assault came…they were reduced to a state of utter helplessness.”

However, the British C3I system showed problems that would prove costly against the Wehrmacht. Against an Italian army that could not react quickly to British attacks, these difficulties did not surface to any great degree, but still some British losses were suffered. During the battle for Sidi Barrani, 202 Group headquarters was situated alongside the advance headquarters BTE, 110 miles behind the battle area, while its aircraft were employed in bombing and strafing attacks. XIII Corps headquarters, which was really commanding operations, asked to control air action in the tactical area so to direct aircraft as accurately as possible. This request was refused. Confusion in the transmission of orders from XIII Corps through HQ BTE to No.202 Group resulted in an attack on friendly troops by RAF Hurricanes.

Providing tactical intelligence to pilots so to ensure they hit the target and not British troops proved as valuable as operational intelligence. To achieve this end, attacking aircraft could be directed to the target either from the ground or the air. In the latter case, they would rendezvous with reconnaissance aircraft, which led them to the target. This required excellent coordination between Army Air Support Control (AASC), the Air Officer Commanding Air Headquarters, Western Desert, and the RAF squadron involved. This coordination often failed. During ‘Compass’, the AASCs were ad hoc, consisting of one Australian and one New Zealand unit commanded by a British officer. Pilots had difficulty in identifying friendly and enemy forces. Once over the target, pilots looked for identification signals from those troops, and responded in turn. Several methods were attempted, but no complete solution to this difficult task ever was found. Indeed, even in the most recent conflicts, heavy casualties have been inflicted through ‘friendly fire’.
Posted by Mitch Williamson at 7:06 PM

Email ThisBlogThis!Share to TwitterShare to FacebookShare to Pinterest
Labels: RAF