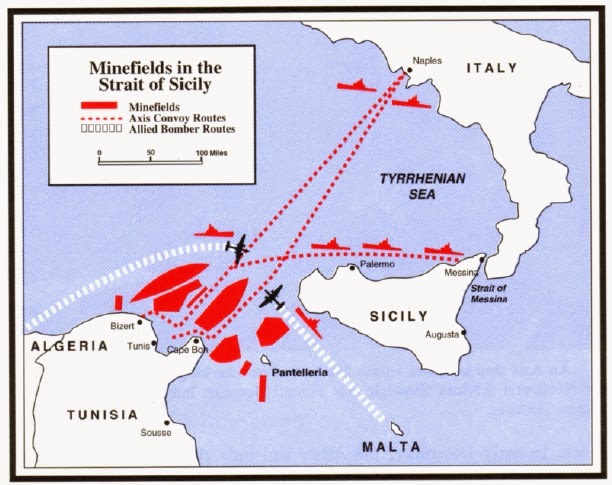 Organization problems compounded the Allies’ material disadvantages. American air doctrine had been evolving in the same direction as that of the British. Field Manual FM 31-35, Aviation in Support of Ground Forces (April 9, 1942), provided that in each theater of war there should be an air support command to assist the ground forces. Each air support command was to be led by an airman, but this officer had markedly less independence than his British counterpart. There was no indication that he was to be equal in rank to the ground commander. More important, FM 31-35 stipulated that “the most important target at a particular time will usually be that target which constitutes the most serious threat to operations of the supported ground force. The final decision as to priority of target rests with the commander of the supported unit.” This disturbed airmen because FM 3 1-35 also provided that “aviation units may be attached to subordinate ground units.” The flyers were not mollified by the injunction that such attachments should be “exceptional and . . . resorted to only when circumstances are such that the air support commander cannot effectively control the combat aviation assigned to the air support command.” They feared that in practice the army would seize upon this provision to parcel out air power among units of the ground forces. Their apprehensions were soon realized. Not long before the landing in Northwest Africa, Eisenhower-who had not created a joint command for the British and American air units assigned to TORCH-ruled that the commanders of the major task forces should have control of the aircraft assigned to support them.

Eisenhower’s decision had seemed reasonable since many Allied components would be operating at a considerable distance from the general headquarters. General Anderson, dismayed by the effect of German dive bombers on his untried troops, availed himself of the prerogative it afforded him during his drive on Tunis. He demanded and received a group of fighters from the RAF for employment as a constant “air umbrella” over his army. The airmen, led by Air Chief Marshal Sir Arthur W. Tedder, the senior officer of the RAF in the theater, argued that this dispersion of aircraft was the worst of choices in the face of a superior Luftwaffe. Rather, they argued, the Allies should group their airplanes under a single commander so that at least local air superiority could be achieved for critical tasks. The Allies were further plagued by problems of coordination between the ground and the air forces. The much respected Allied naval commander in the Mediterranean, Admiral Sir Andrew B. Cunningham, signaled in despair to London that the organization of the air forces in Tunisia was completely chaotic.

Tedder, who tirelessly urged Eisenhower to create a unified command for the air forces, at length prevailed upon the supreme commander to appoint one of the most experienced of American airmen, Maj. Gen. Carl A. Spaatz, as his Deputy Commander in Chief for Air. Although Spaatz’s position, which he assumed on December 5, 1942, was essentially advisory, he soon managed to impose on the Tunisian air forces a division of labor loosely patterned after the organization the British had employed so well in the Egyptian desert. Spaatz made the British Eastern Air Command primarily responsible for support of the ground forces, and he employed the medium and heavy bombers of the American Twelfth Air Force chiefly against airfields and ports.

Spaatz’s appointment was the first in a series of steps that led to a total restructuring of the Allied air forces in Northwest Africa. On December 31 Eisenhower proposed that all the air forces in Northwest Africa be grouped under a new organization called the Allied Air Force, with Spaatz in command. The British not surprisingly assented to what was essentially their own proposal. They did, however, recommend that Eisenhower go one step further and group units by function regardless of nationality. Eisenhower stated his general agreement with this recommendation, but for the present thought it wise to preserve the separate identities of the Twelfth Air Force and the Eastern Air Command within the newly formed command structure.

The Allied Air Force was activated on January 5, 1943. Several days later (January 14-24, 1943), Roosevelt and Churchill, each with his military staff, met at Casablanca. The conference was on several scores a triumph for the British. It was agreed, as they had proposed, that North Africa should be used as the staging area for offensive action against Sicily. Casablanca also marked the final acceptance of British organizational principles, for the conferees prescribed a general structure of command for the Mediterranean theater that replicated the tried-and-tested British system. General Sir Harold Alexander was to become Eisenhower’s Deputy Commander in Chief with responsibility for the ground forces. Tedder, as chief of the Mediterranean Air Command, was to become air commander for the entire Mediterranean theater, while Spaatz, working closely with Alexander, would command in Northwest Africa an air force thoroughly integrated along the functional lines suggested by the British in December. When this unified force, the Northwest African Air Forces, became operational on February 23, 1943, it comprised three major commands: the Strategic Air Force, the Tactical Air Force, and the Coastal Air Force. The principal missions of the Strategic Air Force were destruction of the Axis’ ports and airfields. The Tactical Air Force was to be led by Tedder’s co-architect of aerial victory in the eastern desert, Air Vice Marshal Sir Arthur Coningham. Coningham’s responsibilities were air superiority and close air support. The tasks of the Coastal Air Force were to protect Allied shipping and destroy that of the Axis. The Coastal Air Force, drawn almost entirely from units of the Royal Air Force, had few aircraft suitable for the latter purpose. Two squadrons of American B-26 Marauders were therefore attached to it from the Strategic Air Force for the antishipping mission. The Strategic Air Force also provided P-38 Lightning fighters to escort the B-26s.

The Allies’ troubles of December and January, while serious, were nothing that could not be overcome with better weather and an intelligent application of the lessons of experience. The Axis faced only a single major problem, but it proved intractable and in time led to disaster: Its position in Tunisia was logistically untenable. The Germans, the primary instigators of the fatal commitment in Northwest Africa, had made too many optimistic assumptions about the availability of shipping in the Mediterranean. They had, in particular, counted too much on vessels they planned to seize from France The burden of transporting supplies to Tunisia therefore fell upon Italy, for Germany’s merchant fleet was blockaded in the North Sea.

When Italy surrendered in September 1943 there remained to her 272 merchantmen with a burden of 500 tons or more-in all, 748,578 tons of shipping. A fleet of this size would have sufficed to supply Tunisia had it not been for the Axis’ strategic overextension and a shortage of vessels suitable for the dangerous run to Tunisia. Only speedy ships were suitable, and by 1943 they were scarce. Too many had been lost on the Libyan route. The ships also had to be small-to make them difficult targets for aircraft and to minimize the effect of losses. But small vessels, too, were lacking by 1943. In February 1943 the Axis had, even with recent seizures from France, only about 300,000 tons of shipping suitable for the run to Tunisia, and by no means all of it was available for that purpose. About half of the remaining ships were damaged, and the Allies systematically bombed Italian shipyards to slow repairs. The Axis, moreover, also had to sustain the garrisons and considerable populations of Sicily, Corsica, Sardinia, and the Dodecanese Islands. Sicily alone required 200,000 tons of coal each month. Of this amount, the inadequate railroads of southern Italy could move but a fifth to the Strait of Messina for transshipment by ferry or lighter. The combined effect of all the foregoing was that at no time between January and May 1943 were more than 30,000 to 50,000 tons of shipping available to supply North Africa. There was yet another problem in the Italian Navy’s shortage of destroyers. Convoys laden with critical supplies were often delayed because there were no unengaged warships to escort them.

The German commanders in Tunisia were on the horns of a dilemma that admitted of no solution: Their logistical support was inadequate, yet the only appropriate strategy required a prodigal expenditure of supplies. Von Arnim, who had been predicting disaster since January, outlined the predicament in an appreciation of February 26, 1943, which Rommel seconded shortly thereafter. Von Arnim estimated that Heeresgruppe Afrika was responsible for the maintenance of 120,000 soldiers and 230,000 civilians. The quartermaster of the Heeresgruppe put its average monthly consumption of supplies at 69,000 tons. The chief transportation officer of the Commando Supremo had estimated early in February that he could send only 70,000 to 82,000 tons of supplies monthly to Tunisia. Since the convoys would be subject to an anticipated loss rate of 25 percent, meeting even minimum requirements of the Heeresgruppe was highly improbable. Matters were even worse than these figures implied. Superior Allied armies were converging on Tunisia. Little prospect existed that the forces of the Axis, hemmed in on the shore of northeastern Tunisia, could long withstand the Allies’ concerted assault. Defeat of the Allied armies in detail before they could mass was therefore imperative. At least one enemy army, von Arnim argued, had to be put “out of action for six months.

All other victories would change nothing, but only postpone the inevitable.” But an active defense, with a heavy employment of armored forces, would entail a much greater than normal expenditure of supplies. To implement this strategy, and to allow for inevitable disruptions of supply by enemy action and weather, the Heeresgruppe would have to receive not less than 140,000 tons monthly. Only then, von Arnim concluded, would a successful defense against the impending general offensive of the Allies be possible. As yet, Tunis was “a fortress . . . without reserves of ammunition or food.” Were he in Eisenhower’s place, he observed, “I would not attack, but with every means attack convoys and harbors while battering the Luftwaffe.” With a complete disruption of supply, Tunis must fall by July 1.
Posted by Mitch Williamson at 9:09 PM