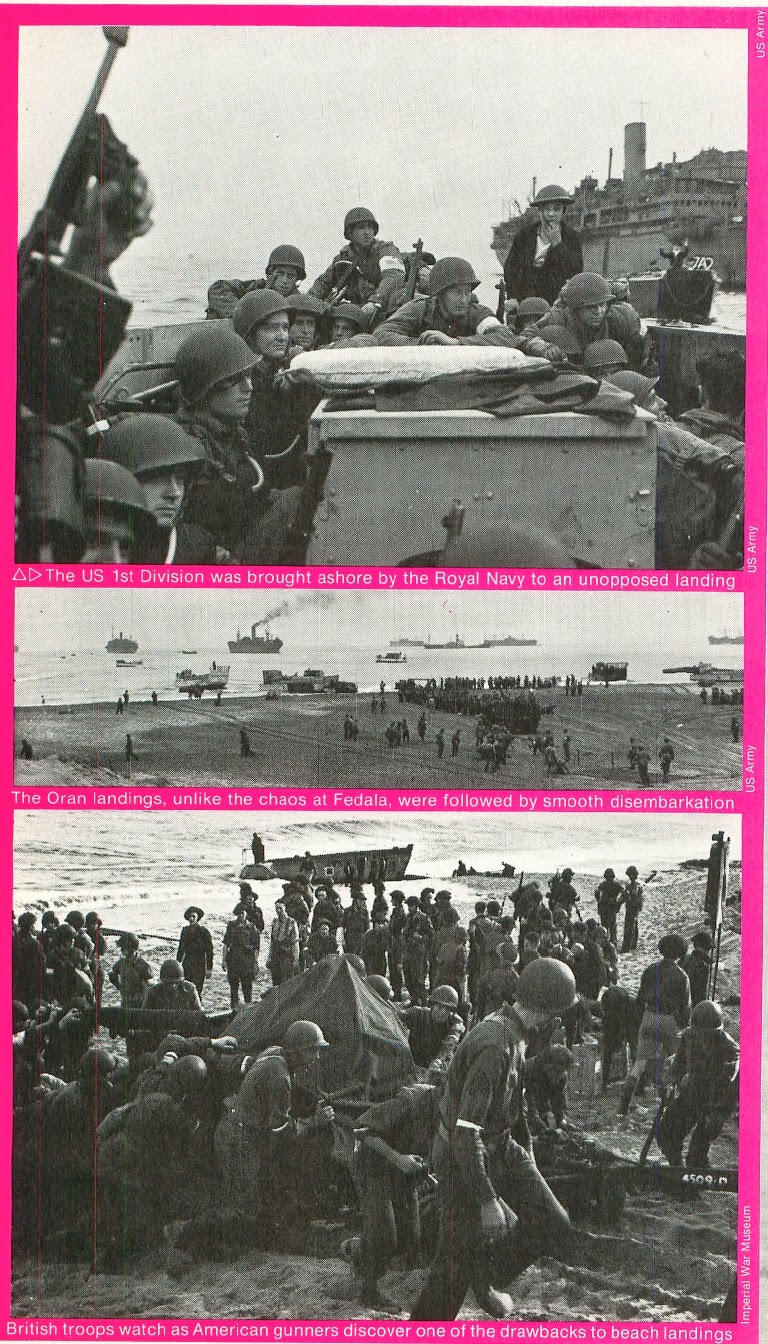 With the invasion of North Africa (Operation TORCH), the U.S. Army in late 1942 began a European ground offensive that it would sustain almost without pause until Italy collapsed and Germany was finally defeated. For the next two-and one- half years, more than a million Americans would fight in lands bordering the Mediterranean Sea and close to 4 million on the European continent, exclusive of Italy, in the largest commitment to battle the U.S. Army had ever made. Alongside these Americans marched British, Canadian, French, and other Allied troops in history’s greatest demonstration of coalition warfare; on another front, massed Soviet armies contributed enormously to the victory. In company with these allies, after a shaky start in North Africa, the U.S. Army came of age. Taking advantage of its strengths in mobility, artillery firepower, and close air support and forcing its way back onto a continent from which the Axis had driven the Allies four years before, American ground forces did their part to defeat the most vaunted military machine in the world at the time.

Although the Allies made the decision to launch Operation TORCH largely because they could not mount a more direct attack against the European Axis early in the war, they also had more specific and attractive objectives: to gain French-controlled Morocco, Algeria, and Tunisia as a base for enlisting the French empire in the war; to assist the British in the Libyan Desert in destroying Axis forces in North Africa; to open the Mediterranean to Allied shipping; and to provide a steppingstone for subsequent operations.

The Germans and their Italian allies controlled a narrow but strategic strip of the North African littoral between Tunisia and Egypt with impassable desert bounding the strip on the south. (See Map 3.) Numbering some 100,000 men under a battle-tested German leader, Field Marshal Erwin Rommel, the German-Italian army in Libya posed a constant threat to Egypt, the Near East, and French North Africa and by controlling the northern shores of the Mediterranean denied the Mediterranean to Allied shipping. Only a few convoys seeking to supply British forces on the island of Malta ever ventured into the Mediterranean, and these frequently took heavy losses. Moving against French Africa posed for the Allies special problems rooted in the nature of the Armistice that had followed French defeat in 1940. Under the terms of that Armistice, the Germans had left the French empire nominally intact, along with much of the southern half of Metropolitan France; in return the French government was pledged to drop out of the war. Although an underground resistance movement had already begun in France and the Allies were equipping a “Free French” force, that part of the regular French Army and Navy left intact by the Armistice had sworn allegiance to the Vichy government. This pledge had led already to the anomaly of Frenchman fighting Frenchman and of the British incurring French enmity by destroying part of the fleet of their former ally. If bloodshed was to be averted in the Allied invasion, French sympathies had to be enlisted in advance, but to reveal the plan was to risk French rejection of it and German occupation of French Africa. Although clandestine negotiations were conducted with a few trusted French leaders, these produced no guarantee that the French in North Africa would cooperate.

Partly because of this intricate situation, the Allies designated an American, Lt. Gen. Dwight D. Eisenhower, to command the invasion to capitalize on the relative absence of rancor between French and Americans by giving the invasion an American rather than a British complexion. American troops were to make up the bulk of the assault force, and the Royal Navy was to keep its contribution as inconspicuous as possible.

In selecting beaches for the invasion, U.S. planners insisted upon a assault on the Atlantic coast of Morocco lest the Germans seal the Strait of Gibraltar and cut off support to landings inside the Mediterranean. Because both troops and shipping were limited, a landing on the Atlantic coast restricted the number and size of potential assaults inside the Mediterranean. Although a landing as far east as Tunisia was desirable because of vast overland distances (from the Atlantic coast to Tunis is more than 1,000 miles), the proximity of Axis aircraft on Sicily and Sardinia made that course too perilous.

Making the decision on the side of security, the Allies planned simultaneous landings at three points: one in Morocco near the Atlantic port of Casablanca and two in Algeria near the ports of Oran and Algiers. Once the success of these landings was assured, a convoy was to put ashore small contingents of British troops to seize ports in eastern Algeria while a ground column headed for Tunisia in a race to get there before the Germans could move in.

Having been given the assignment to invade North Africa only at the end of July 1942, the U.S. Army faced enormous difficulties in meeting a target date in November. Troops had received little training in amphibious warfare, landing craft were few and obsolete, and much equipment was inferior to that of the Axis forces. So few U.S. troops were available in England that troops for the landing near Casablanca had to be shipped directly from the United States in one of history’s longest sea voyages preceding an amphibious assault.

After soundly defeating an Axis attack, Montgomery’s Eighth Army on October 23 auspiciously opened an offensive at El Alamein, scoring a victory that was to be a turning point in British fortunes. A little over two weeks later, before daylight on November 8, the U.S. Navy put U.S. Army forces ashore near Casablanca, while the Royal Navy landed other U.S. troops and contingents of British troops near Oran and Algiers. The entire invasion force consisted of over 400 warships, 1,000 planes, and some 107,000 men, including a battalion of paratroopers jumping in the U.S. Army’s first airborne attack.

Although the invasion achieved strategic surprise, the opposing French in every case but one fought back at the beaches. Dissidence among various French factions limited the effectiveness of some of the opposition, but any resistance at all raised the specter of delay that might enable the Germans to beat the Allies into Tunisia. Three days passed before the French agreed to cease fire and take up arms on the Allied side.

French support at last assured, the Royal Navy put British troops ashore close to the Tunisian border while an Allied column began the long overland trek. The British troops were too few to do more than secure two small Algerian ports, the ground column too late. Over the narrow body of water between Sicily and North Africa the Germans poured planes, men, and tanks. They met no French resistance. Except for barren mountains in the interior, Tunisia was for the moment out of Allied reach.
Posted by Mitch Williamson at 2:06 PM