Sherman in Desert I 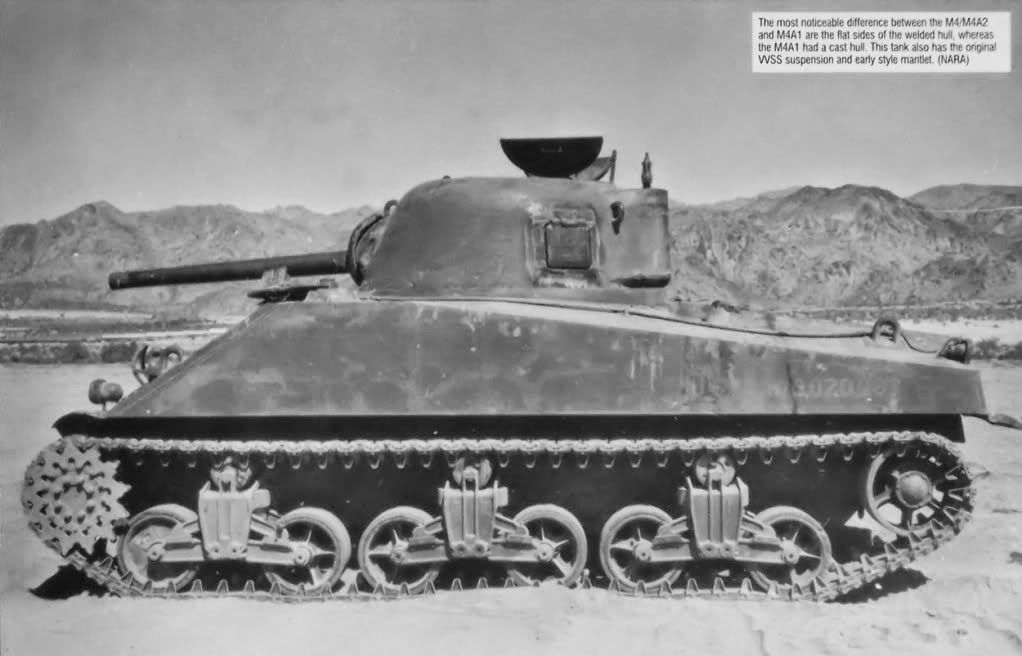 The M4 Sherman if probably one of the best known tanks of the Second World War. It was developed from requests by the British for a tank with a 75mm gun in a rotating turret, instead of the sponson used on the Grant.

Two designs were considered, one using a cast hull and the other a welded hull, with both basing the engine and running gear on the M3 Grant. A welded hull model of the M4 was produced as the M4A1 and production began in February 1942, for delivery to the British. The basic Sherman has a turtle backed hull and a cast turret. The driver sat in the front left with an assistant driver/machine gunner alongside him. The engine was an air-cooled aircraft radial mounted in the rear of the hull. The drive shaft then passed along the floor to the transmission unit in the front, where it drove the track drive sprockets. The turret mounted a 75mm gun and a co-axial machine gun, with the gunner on the right, the commander behind him, with the loader/machine gunner on the left. The early Shermans have the characteristic of having rounded corners to the top of the front hull, while the latter one had "squarer" corners.
Posted by Mitch Williamson at 2:35 PM