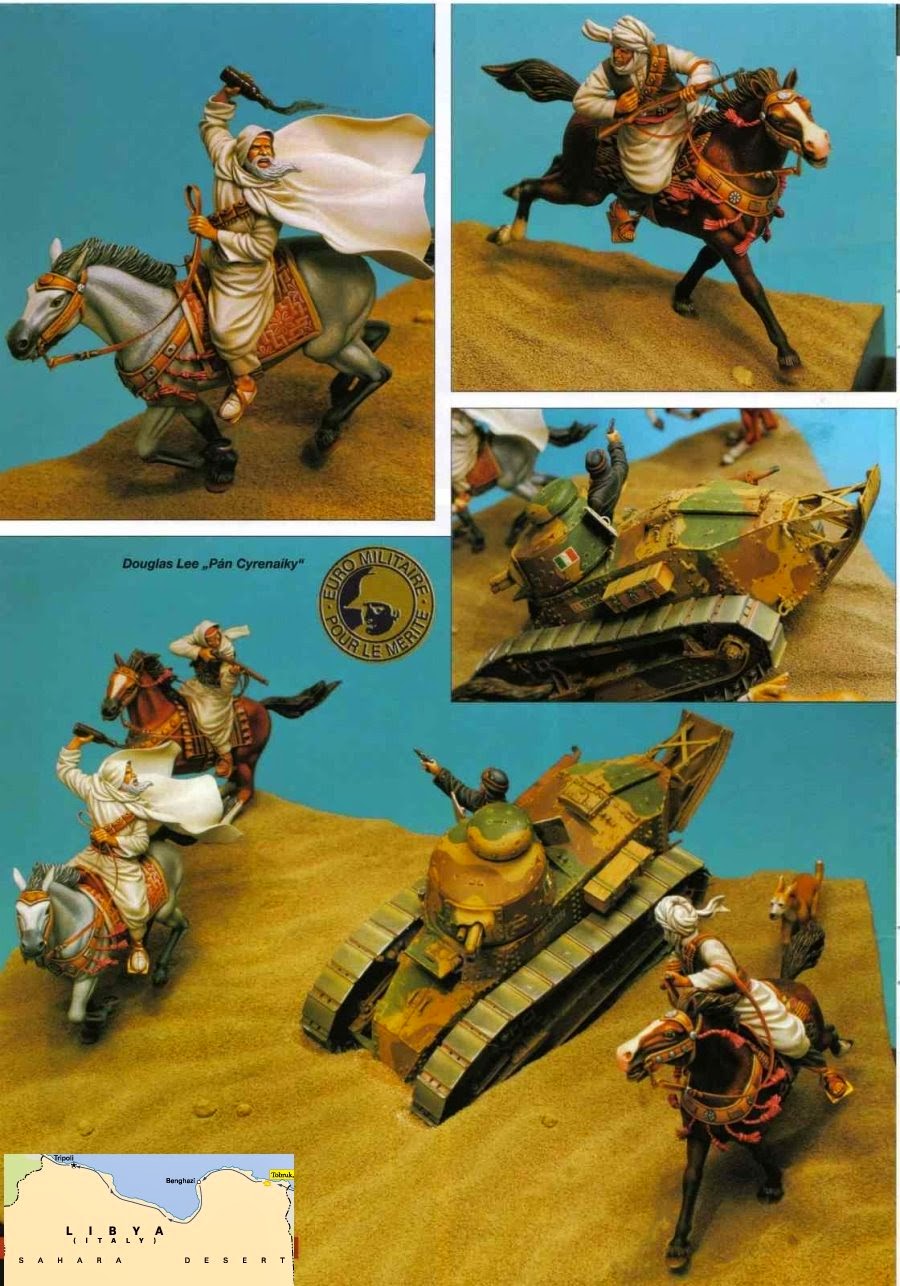 The Italian quest for prestige. Though it would seem that the pursuit of an overseas empire would be a low priority for the newly unified Italian state, with its lack of internal integration, serious border disputes with Austria, and a general paucity of resources, Rome still sought this objective in competition with the other major powers of the nineteenth century. The objectives being international prestige, potential markets, and an outlet for Italy’s excess population that would still be under Rome’s political control. A particular impetus for Italian expansion was the resonance of the very name Rome with empire.

While allowed by the British government to gain a foothold in what is now Somalia, Italian efforts to create a protectorate over the Ethiopian Empire failed. Despite losing to feudal levies at Dogali in 1887, Rome signed the treaty of Wichale with Emperor Menelik II in 1889. The emperor believed he had signed a treaty recognizing his sovereignty. The Italian government felt they had cleverly bound the Ethiopians with an admission of overlordship. When Menelik came to understand the true meaning of the treaty, he repudiated the document in 1893 and went to war.

The climax of this campaign was the disastrous Battle of Adowa in 1896, though the Italians were also fought to a standstill at Amba Alagi (1895) and Macalle (1896). Essentially, the Italo-Ethiopian conflict had become a proxy fight between London and Paris over control of the Sudan, with the result that the Ethiopian military, while essentially a feudal horde, had access to modern French and Russian weapons. When added to the raw numbers and traditional warrior ferocity of Menelik’s army, the result was a crushing Italian defeat. Rome was unable even to mount a retaliatory campaign to exact revenge for the worst humiliation ever visited by a traditional state on a modern Western army.

The second major effort by the Italians came in North Africa, as the Agadir Incident encouraged Rome to try to turn its area of influence in Cyrenica and Tripolitania (modern Libya) into a formal colony, mostly from fear of French aggrandizement. This move led to the Italo-Turco War (1910–1911), which, although a war between organized armies, was mostly about securing colonial possessions in compensation for other governments’ gains.

Once the Turks had stepped back from their confrontation with the Italians, mostly to deal with the Balkan War, Rome found itself locked into a long-running guerrilla war with the Senussi, a culture of desert nomads with no intention of compromising their traditions for the sake of Rome’s economic and political aspirations. With encouragement from Turkey and Germany, the Senussi (under their emir Idris) were able to fight the Italians to a standstill; by 1919 Rome was forced to grant the nomads autonomy.

These were circumstances that Benito Mussolini was not prepared to tolerate upon his accession to power, though it was not obvious that he would be interested in pursuing a formal empire. As a former socialist, Mussolini was nominally an anti-imperialist. There was also the more cynical consideration of whether adopting such a pose would better serve the ends of the new regime. In the end, Mussolini was further concerned with achieving victories for his regime so as to solidify his domestic power, in addition to the usual Italian colonial goals.

Mussolini assigned Emilio De Bono the task of bringing the Senussi to heel, thus beginning a campaign that lasted into the early 1930s. De Bono was chosen because he was the most eminent soldier to join the Fascist cause, and his success would reflect glory on the Blackshirt movement, but his lack of progress led to his replacement by the regular army generals Pietro Badoglio and Rodolfo Graziani.

Their strategy was the traditional anti-insurrection method of concentrating the noncombatant population in secured camps so as to separate them from the active fighters, there being no more than 1,000 active guerrillas at any one time. The anti-insurgency campaign was carried out with all of the expected Fascist brutality and much of the social and economic infrastructure of Libya’s traditional peoples was destroyed; it was estimated that by 1932 some 100,000 persons had died in Cyrenica alone, roughly half the population of that region.

It was probably inevitable that Mussolini would revisit the question of exacting revenge from Ethiopia for the debacle of 1896, the rationale given to the Italian population. Though Rome had been able to exert more influence over Addis Ababa, Haile Selassi had continued to try to play off the major European powers against each other so as to maintain the sovereignty of his state. Believing himself to have a free hand from London and Paris, Mussolini began his second colonial war much as he had his campaign in North Africa, by dispatching De Bono with a large force of Blackshirt militia to march on the Ethiopian capital so as to monopolize all the glory for his regime.

As before, a larger than expected force (some 800,000 men were mobilized) under professional officers was required to bring the formal campaign to a conclusion, a campaign that nauseated the democracies with its use of chemical weapons, indiscriminately spread by air. Much of the war became desultory after the Ethiopian regular army was defeated.

However, formal military conquest did not lead to a pacified region and the Italians found themselves contending with a constant level of insurrection, a matter not helped by the fragmentary control that the Ethiopian central government had exerted over the country. Neither sanguinary violence nor relative benevolence was able to solidify the Italian position before the country’s defeat at the hands of the British in 1941 and the total loss of empire. The entire Italian adventure in imperialism brings to mind the supposed quotation of Chancellor Otto von Bismarck, “The Italians have strong appetites but weak teeth.”


Like the British, the Axis powers, though less wholeheartedly, sought to stretch their enemy’s resources, in particular in East Africa and the Middle East. In East Africa, Italian forces took advantage of Britain’s distraction to invade British Somaliland from Ethiopia on 5 August 1940, and conquer it easily. The previous month they had penetrated into Kenya and had occupied frontier towns in Anglo-Egyptian Sudan. Italian forces were larger than the British Empire forces in the area, but they were isolated from reinforcements. In September, despite the threat posed to Egypt by Italians in Libya, the British C-in- C Middle East, General Wavell, sent the 5th Indian Division to the Sudan. The 1st South African Division was formed in Kenya. After Wavell’s successes in the Western Desert in December, the 4th Indian Division was sent up the Nile as well.

There was a number of reasons why the British wished to fight a campaign in Ethiopia, despite it being so far from the major theatres of war. South African premier Jan Smuts needed a victory to get public support for the war. The British were concerned to counter growing German influence with some Muslims in the Middle East by gaining a victory at the nexus of the African and Asian parts of the Islamic world. Strategically, it commanded the approaches to the Suez Canal, though the Italians never had the naval force there to make this a serious threat. Campaigning began when irregular forces called ‘Gideon Force’ under Colonel Orde Wingate, including Ethiopian patriot forces and Emperor Haile Selassie himself, crossed from Sudan into Ethiopia. The Indian Divisions did so too, on 19 January. On 11 February the South Africans, with West and East African forces, under General Alan Cunningham, attacked from Kenya.

There followed an old-fashioned campaign of mountain strongholds and desert forts. The Indians took Eritrea by 2 April, after fierce fighting around Keren. Having taken Italian Somaliland easily, Cunningham fought a tough battle at Harar, won by his Nigerian troops of the Royal West African Frontier Force. On 5 April, the Italians’ colonial troops having melted away, Addis Ababa fell, and Haile Selassie made a triumphant return with Wingate on 5 May.