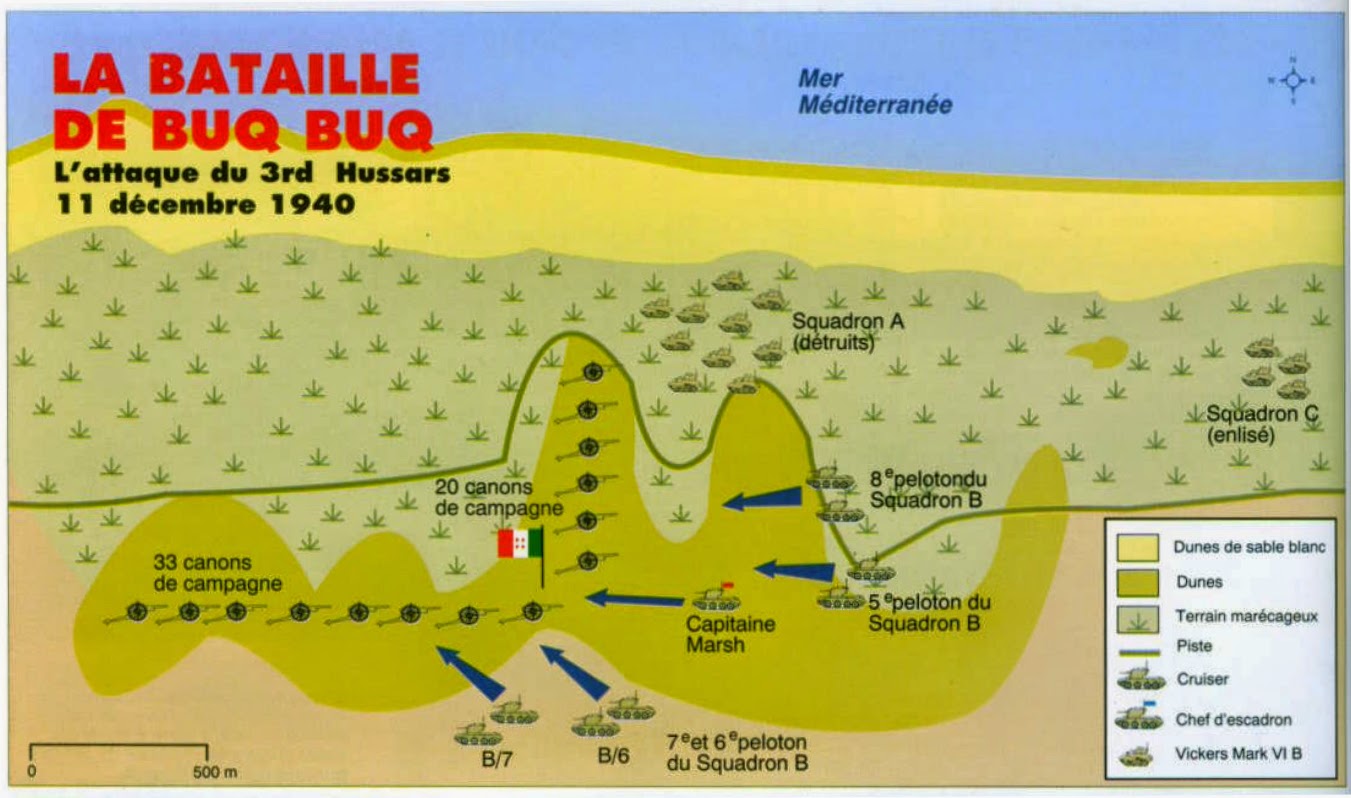 The camps at Sofafi and Rabia had managed to evacuate despite the presence of 7th Armoured Brigade. They were sent off in pursuit of those Italians who had retreated to Buq Buq but found it empty. Elements of the 3rd (King's Own) Hussars passed Buq Buq and fell into an area dominated by salt pans and sand dunes and missed the presence of Italian artillery. In trying to avoid the artillery fire they became bogged down and easy targets. Elements of the 8th Hussars and Royal Artillery maneuvered to the flank and the Italians quickly surrendered. 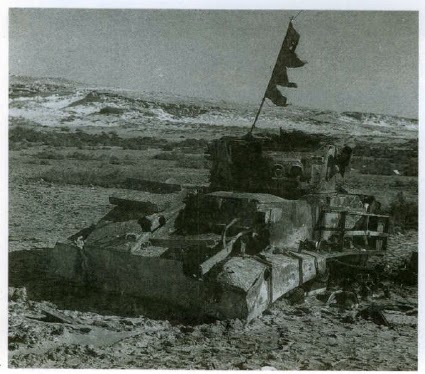 Buq Buq is something of a mystery. Italian artillery positioned on a ridge massacred a whole lot of British light tanks getting stuck in a quagmire, only to surrender to one cruiser tank that almost miraculously made it through the guns' line. The least one can say is that something was seriously wrong with the Italian leadership in that encounter. Like on many other occasions during Compass.

Mechili was a helter-skelter draw, in which the Italians suffered proportionally more heavily in that the medium tanks were drawn to an anti-tank trap (just like they had done on August 5th, 1940: experience hadn't taught much) and lost several mediums vs. a number of British Mk.VIs and reportedly only one cruiser. Then the British packed up and withdrew, as they tended to do when challenged resolutely across open ground.

British equipment was, maybe better but not exceptional. M.VI light tanks and A9's were as vulnerable as the L3 tanketes even they were better armed. A13's and A10 where better protected but in no case invulnerable against Italian AT fire or artillery fire. Buq Buq was an example of this.

64th Catanzaro Truckborne Infantry Division
64a Divisione autotrasportabile "Catanzaro" tipo A.S.
The service history of the 64th Catanzaro Division was ill-starred throughout its brief existence. The 64th Catanzaro Division was formed in late May/early June 1940 in Cyrenaica. To form this new division, the 203rd Artillery Regiment and certain other the support and service troops of the disbanded 3rd CC.NN. Division "21 Aprile" were utilized. The majority of the troops however were newly raised and the division's two infantry regiments (141st, 142nd) were completely green. It should have taken six months to work this division up to level acceptable for a combat formation, but it was not to get it.

After the destruction of the Italian forces in the military camps in and around Sidi al-Barrani, the remaining Italian forces in Egypt were ordered to withdraw back into Libya. While the Cirene Division (deployed to the south of the Catanzaro Division in the Sofafi area) was able to side slip the advancing Commonwealth forces using its greater mobility, the slow moving 64th Catanzaro Division was confronted by the 7th Armoured Brigade (plus some troops from the support group) as it began its retreat. The British 7th Armoured Brigade caught the Catanzaro a few miles west of Buq Buq. The divisional artillery engaged the tanks, either in a desultory manner or to some effect depending upon the sources you read. When the tanks closed, the mass of the division quickly surrendered showing its ill trained men (and bad officers) had no desire to fight. The lead elements of the retreating columns of the division managed to escape the collapse, and passed into the fortress of Bardia. These remnants showed they were of like mind of their former comrades, and played no role, that I know of, during the battle for Bardia. When the last troops in the fortress surrendered on January 6th 1941, the sorry history of the 64th Catanzaro Truck-borne Infantry Division finally ended. There were no plans ever conceived to reform this miserable division.
Posted by Mitch Williamson at 5:45 PM