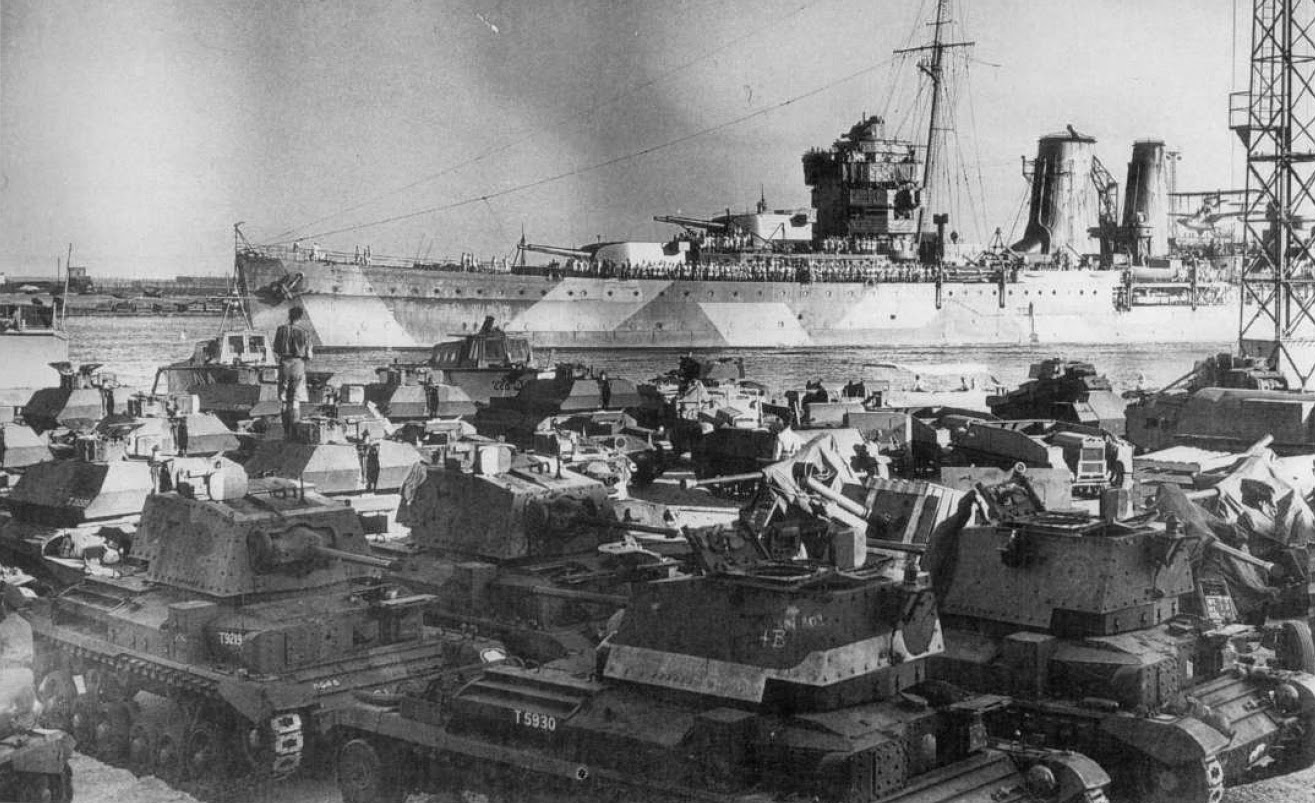 Fighting began with a desultory and ill-prepared Italian advance into Egypt from Tripoli that ended in disaster for Italy. The British struck back in Operation COMPASS starting on December 8, 1940. The British counteroffensive saw a breakthrough assault by the Western Desert Force at Sidi Barrani, 60 miles inside the Egyptian border. In the first week of January 1941, Major General Richard O’Connor sent freshly arrived Australians into their first offensive action in the desert at Bardia . More sharp fighting and additional Italian defeats followed at Tobruk and Beda Fomm in February. O’Connor hoped to press the attack to Benghazi, but was held back by shortages of supplies and men as he reached the end of a stretched logistical tether—pulled even thinner because Britain simultaneously mounted another assault on the Italian empire in East Africa. The Western Desert Force thus halted at El Agheila. It had lost just over 1,700 total casualties while inflicting over 130,000 Italian casualties, killed or wounded or taken prisoner. The cumulative effect of COMPASS was destruction of Italian 10th Army and large stocks of Regio Esercito war matériel. The Western Desert Force also advanced nearly 500 miles, the first of several lateral movements across the top of Africa that would become a singular mark of the desert campaign. At the time, it remained to be learned by both sides that desert advances might be just as quickly turned into comparable or even worse reverses.

Desert Rats
The nickname Desert Rats was applied to at least three British army organizations that were instrumental in the North African Campaigns against the Italians and Erwin Rommel’s Afrika Korps. The name derives from the jerboa, a nocturnal rodent native to North Africa, which hops like a kangaroo.

The 4th Armoured Brigade, which was formed in Egypt in 1938, before the outbreak of war but after the Munich Conference and Agreement, has traditionally claimed to be the first British unit to have adopted the sobriquet Desert Rats. However, the 7th Armoured Division appropriated the name and preceded the 4th Armoured Brigade back to England in preparation for the Normandy landings (D-day). The 4th Armoured Brigade left North Africa and participated in the fighting in Italy before returning to England prior to the D-day invasion. When the 4th reached England, it discovered that the 7th was not only calling itself the Desert Rats, but had created a divisional badge featuring an image of a jerboa. Thus spurred, the 4th Armoured Brigade created its own jerboa badge. Finally, the nickname the Desert Rats was also often applied generally to the entire Eighth British Army to honor its combat success against the Axis forces in North Africa.
Posted by Mitch Williamson at 5:34 PM